Mr Chambers invited that in light of the progress Brazil had made and its impending cultural legacy (and not neglecting the fact that Brazil will be awarded the 2014 World Cup and is a serious contender for the 2016 Olympic games) and its last foray into China, going to Brazil felt right in its next installment of world expansion. We then proceeded to reflect on the fact that Wallpaper unlike other print publications had been spared the collapse that so many other print journals have experienced and that truth be said there was something delicious about holding a well appointed print journal that goes out of its way to stimulate and capture the latest design trends. This all went rather well until Mr Chambers rather sensibly chose to resume his conversation with the Brazilian model who was patiently waiting for him to stop talking to me. 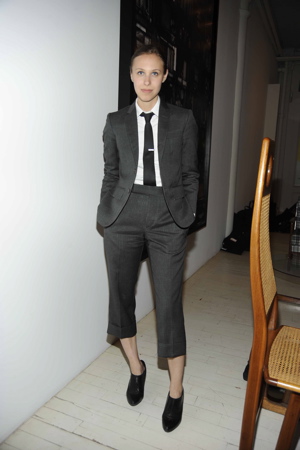