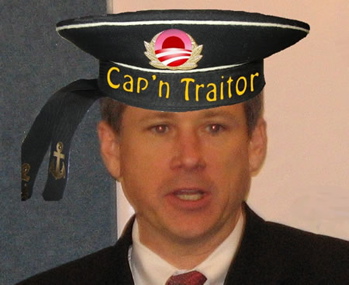 The desperate things people do.

Mark Kirk has a wish to be Illinois newest senator (coincidentally the senate seat Barack Obama vacated when he became president), so much that in his public campaign trail he has declared that he received the U.S. Navy’s Intelligence Officer of the Year award for his service during NATO’s conflict with Serbia in the late 1990s. Of course this is all fine , except for the part Mr Kirk never received the award in the first place. So what gives?

The Republican candidate for President Barack Obama’s old Senate seat has admitted to inaccurately claiming he received the U.S. Navy’s Intelligence Officer of the Year award for his service during NATO’s conflict with Serbia in the late 1990s.

Rep. Mark Kirk, a Navy reservist who was elected to Congress in 2001, acknowledged the error in his official biography after The Washington Post began looking into whether he had received the prestigious award, which is given by top Navy officials to a single individual annually.

Is this a round about way of saying until he was caught out in ‘his mind’ and in the public’s mind he had received such an award, but now as a consequence of due diligence by the Washington Post, Mr Kirk is now forced to revisit in his mind whether he actually received the award in the first place? Could one even be bold enough to suggest Mr Kirk had lied, even if he was lying to himself primarily?

The Post’s inquiries were sparked by complaints from a representative of state Treasurer Alexi Giannoulias, Kirk’s Democratic opponent in the Illinois Senate race.

In a message on his blog, Kirk wrote that “upon a recent review of my records, I found that an award listed in my official biography was misidentified” and that the award he had intended to list was given to his unit, not to him individually.

Are we to believe that Mr Kirk had accidentally mis-identified the recipient of the award as himself as opposed to the whole unit, or perhaps to wonder if in his mind the award was really earmarked for him (never mind the other members of the unit he served that the award was also suppose to recognize)?

Or perhaps we are to wonder that Mr Kirk clinically knew he was misrepresenting the status of the award because he understands too well what is at stake- a possible senate seat, which ironically will be harder to attain in light of recent revelations.