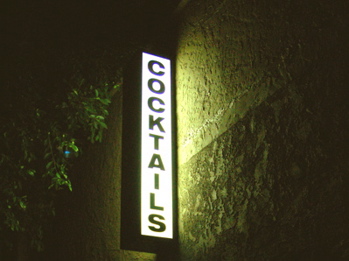 To live within the system or to live outside it?

Out of the NY Times this morning comes the diabolical tale of bootleggers in Pakistan. What makes their job so exciting is that drinking in certain parts of Pakistan is punishable by death and let’s not bother to worry what the punishment for getting caught selling the booze is illegally.

The bootlegger employs an elaborate scheme to conceal his business, renting a private house that doubles as a secret warehouse and hiring teenage motorbike drivers to deliver his supplies. Such inventiveness is a requirement in this line of business: to hide from the police, who want his money; the Taliban, who want his head; and his family, who would disown him.

Does this meet the job requirements you’ve always wanted? What if we told you what the rewards were, would you be inclined to become a bootlegger then?

The fancy prices government officials and feudal landlords are willing to pay for their favorite brand, Johnnie Walker Black Label, create profits that are handsome by Pakistani standards — $4,000 a year, or about seven times the average Pakistani salary.

Bootleggers who operate larger and more dangerous networks earn the steepest profits. One man, who claims to be the biggest dealer in Peshawar, says he has 10 employees and nets as much as $14,000 a night serving “the so-called respectable people,” as he wryly referred to his customers.

But if it was that easy everybody would be doing it right?


But they all operate in a shadowy world, aware that the slightest slip in security could mean disaster. All of the bootleggers interviewed for this story requested anonymity, for fear of being thrown in prison, kidnapped or killed.
Which brings us to the following moral question- why does it always seem that the only real way to make a decent amount of money is to skirt the law? Because obviously the demand is there for what is deemed illicit, of course the catch is that if you get caught are you willing to on the flip side pay dearly for the consequences? No matter which way you cut it, you have to ask yourself – which is the greater risk- being imprisoned, killed or being socially imprisoned and made to live a life within strict confines.