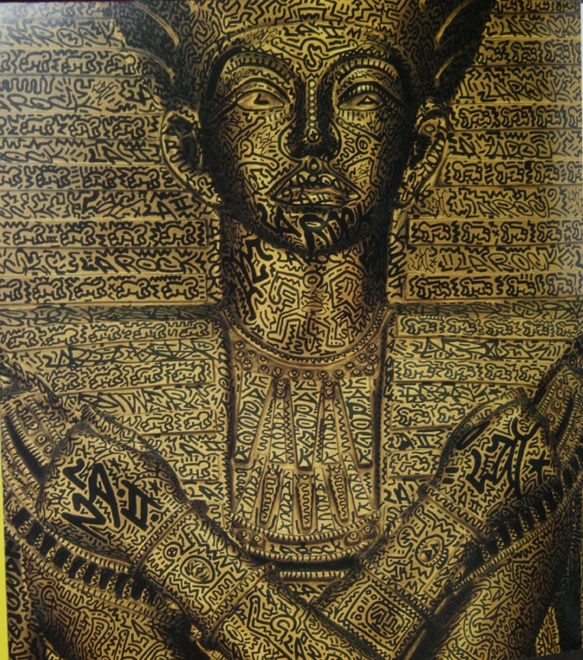 Soon after this, LA brought over an umbrella.  The print design on the fabric of the full sized umbrella was only LA II’s art work, but again was being sold at the Pop Shop as an original KH work of art.  I got this 2nd feature, along with a photo of the umbrella, into a German Art magazine. Thinking maybe that would light a fire which would burn it’s way to the root of the problem.  No!.  The whole world was watching meant nothing.

A few years slide by.  Then in August 2008, the New Museum and Dietch Projects, to celebrate what would be KH’s 50’s birthday, spend $30,000.00 to recreate the famous early 80’s KH graphic design wall on the NW corner of Houston and the Bowery.  This looks like a public wall as there is no protective fence.  Again.  LA comes to me for help.

What to do?  Since LA’s tag was on the original wall anyway, and to be true to the original, the copy artists reproduced La II’s art without even asking his permission.   The door was now open to turn the wall into a KH & LA II collaborative work of art.  Just like the old days.

LA II  did this collaboration as a sign of his love and affection for Keith, (Keith was not the problem, the rip-offs started after Keith died).  BUt before starting I made ssure that a NY Times reporter would be notified.  We got the story into the paper (www.nytimes.com).  Again.  A no respone from the public.

I wrote the background to this identity theft in a book called the Front Door Book, published by OHWOW, as well as, got it picked up in other magazines and publications.

I am an artist, a documentarian, and a community historian, and I just like everyone else, we all know what credit for work means- we all have felt the pain of being cheated out of a deserved credit- and sadly some of us have suffered the mental angusih that comes with identity theft. 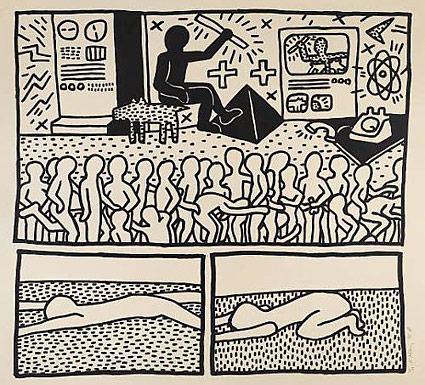