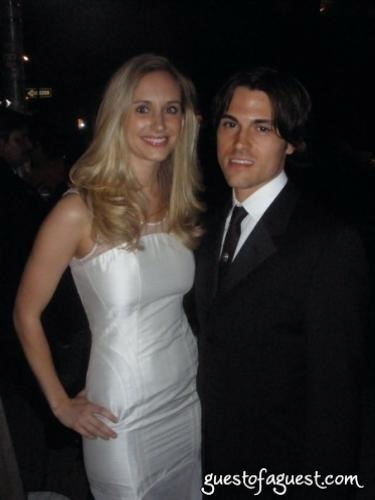 The building and selling of legend in this new media age is fascinating if not anything but deceptive. Whether or not it falls into the realm of outright propaganda or that there are propagandists behind the Marionettes put forth to help pursue said agenda that the viewer or reader is unaware of, is simply now common place. And this is not limited to the world of scripted reality television; tabloid shock reporting based upon press releases and so called social media entrepreneurs selling pre-authorized truths all while being promoted as experts in their field.

That old media giants who should know better sell legend by quoting lesser experts who really are barely expert at anything except that they are ‘The Face’ of a social blog and walked by a few socialites similarly dressed, is curious. Consider the case of media giants like the NY Post building up Rachelle Hruska, who basically arrived in New York 5 minutes ago (within the last 4 years) is promoted by Nightlife Industry folks like Steve Lewis and backed by affluent internet social networking guru’s (Cameron Winklevoss) who choose to largely remain out of the picture but perhaps orchestrate from the shadows, results in situations where at the height of one of the biggest Wall Street Financial Scandals ( Paul Krugman: The Madoff Economy)  she is this “expert” getting quoted in stories about Bernie Madoff and Fairfield Greenwich financier Walter Noel’s girls?  Sure, that makes so much sense right? See: Golden Girls Get Tarnished:

Why quote a journalist who has been documenting New York Social history for a decade, or someone who works at the Financial Times, a lawyer, a financial analyst or something like that? No, instead lets get a girl who is a recent grad from Creighton University in Nebraska who came Bright Lights Big City and had her handlers spin the tale of her as a modern Holly Golightly who was just wowed by at all, instead of Breakfast at Tiffany’s partying at the clubs Steve Lewis promotes, while working as a secretary/receptionist/entry level employee at a Hedge Fund who is referred to as a “Former Hedge Fund Industry Professional” who became a “New Media Entrepreneur” —— basically a college grad with some rich friends who propped her up as the face of their new media enterprise, barely a blogger, forget about a serious writer or social commentator with any serious perspective of the world at large, but one who writes fluff pieces, and now she is qualified to give insightful social commentary about New York’s leading families at the center of the Financial Fraud? This is fascinating indeed. 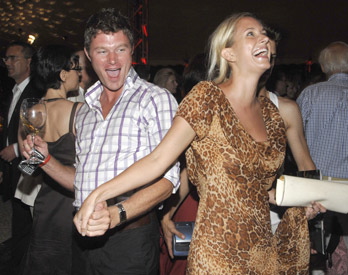