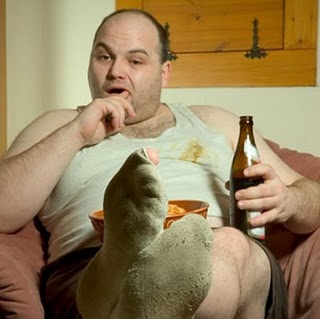 Then there was of course Malcolm, a recently released convicted felon (he had served 6 years for an armed robbery of a local Starbucks) who had become intimate friends with one of my room mates. Trying to be open and non judgmental I initially accepted Malcolm and even came to enjoy his perverse recounting of life inside. Of course my opinion of him swiftly changed when I came home one night to find him totally naked in my bed room fist fucking some random girl he had met the night before. Once again I was kindly offered to participate but I of course politely (well not so politely…) declined as I looked for a sharp object to point at Malcolm.

Then there is my friend Scott who one night called me that he couldn’t take it anymore and if it would be okay if he could sleep on my sofa. Asking him what the problem was he recounted that his room mate and girlfriend were now having loud vicious sex, that after the police being called upon him and her after they had done a dandy job of mutilating each other’s faces. At the time I couldn’t help but laugh hysterically but when Scott finally arrived with blood and holes in his shirt that he had experienced in trying to stop them from beating the crap out of each other that I realized the perverse severity of his situation.

In trying to understand why certain room mates behave the way they do one has to wonder what ultimately compels some people to behave in a way that most of us would find shameful and beyond contemplation. Is it because they don’t know better, their sense of morality differs widely from our own, that they are chemically unsound or just the simple fact they figure because their time with you is a transitory experience they are willing to offend you knowing full well that the consequences are in fact inconsequential and at the end of the day negligible. That of course doesn’t excuse the fact that some semblance of decorum ought to exist, even if not all parties are capable or entirely interested in maintaining or perceiving decorum.