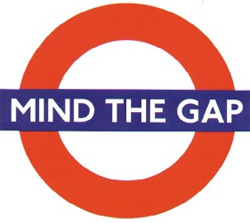 We all know just how frustrating public transport can be, and the somewhat extreme emotions it can provoke in its users, which is why we can’t help but love the London Underground announcer who has achieved something of a cult status after delivering a monologue at Farringdon Station which included suggesting that frustrated passengers might consider shooting themselves, reports the Telegraph.

He gave passengers waiting on the platform a running commentary of all that was wrong with the service, including taking bets on which train would be next to arrive, and assuring slightly bemused listeners that he was certain the train would be empty meaning everyone could get a seat. “That would be a plus,” he added.

The rant was apparently triggered by a negative assessment of his work from a supervisor who, the announce complained, had spent 20 minutes of the platform taking notes about his microphone manner, the Telegraph continued.

“You wouldn’t believe that my manager insinuated to me that I didn’t communicate to passengers, would you?” he said. “And don’t you just know that feeling when some self-important git with a clipboard and a checklist has come along to do a surprise assessment of you, and told you that really you ought to be putting much more effort into your loathsome, tedious, mind-numbing job?”

Rather than dwell on the criticism though, he reassured passengers that he felt their pain in being delayed.

“Once again I do apologise for the disruption to your journey this morning, it has upset me easily as much as it has upset you. Do trust me, this is coming from the heart.” After outlining a series of faults on the network he concluded that “You’ve got two options – apart from shooting yourself, and who could blame you.”

The tannoy is mightier than the sword.