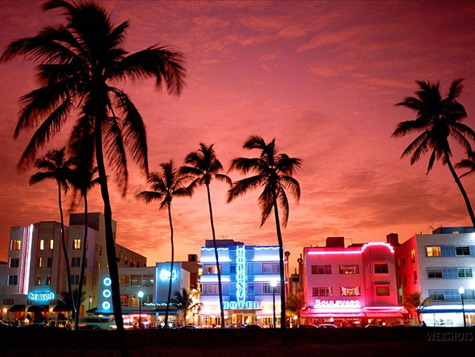 Artworld Salon, a site to which I have not actively contributed for a year, just posted an open thread on “What to expect when you’re expecting to go to Miami?” and suggested readers send their thoughts.

The following comments will not appear on AWS, but since I have already been down for four days and want to say something about my second home, here are some first takes from Art Basel Miami:

I will not try to make any market predictions regarding who might sell out their booths, or how many satellite fairs will be vindicated in their tents, warehouses and hotel ballrooms. The hundred ring circus will certainly continue. Sixty galleries might have decided to sit it out, but have been handily replaced by ABMB management from the many hopefuls on the waiting list, a testament to the eternal optimism of the human spirit and the unvanquished entrepreneurial appetite of art dealers the world over.

There will still be a glut of events, a rueful wariness that anything you decide to attend necessitates missing five or ten other equally worthy possibilities, and the sort of attention deficit disorder that such a breathless schedule entails. It is part and parcel of the engineering of a prestige market effort like Art Basel: the dialectic of excess/scarcity, leading to uncertainty, heightened nervousness, displacement activities such as trophy hunting, conspicuous display and other ingrained tribal artifacts and customs.

I’ve been in Florida since Saturday, and would rather choose to comment on two initiatives that seem significant to the development of the Miami art world, well after Art Basel week is over.

1. Elisa Turner, a Miami based critic and wonderful writer, has started a blog that deals with local issues from an activist position, combining sardonic feminism with the clear eyed advocacy of a community organizer. In just a few postings over the last half year, http://www.artcircuitsartcentric.blogspot.com/ has dealt compellingly with (the unfortunate lack of excellent) public art in Miami, the city as a locus for pan-Caribbean-ism, cleaning up the streets of Wynwood, and the spirit of “grand scale and … equally grand bets” that characterizes Miami dreaming, a spectacular tradition that she feels extends to the art world. 2. A prime example of this go-for-broke exceptionalism is the brand new Carlos and Rosa de la Cruz Collection at 23 NE 41st Street in the Design District, which opens to the Art Basel public on Thursday, and which I was happy to preview a few hours ago, together with the NY dealers and artists busily engaged in completing the installation. www.delacruzcollection.org

The new building is constructed on a grand scale, able to accommodate large installations and sculptures, multiple pieces by artists like Paulina Olowska, Cosima von Bonin, Jonathan Meese, Tom Burr, Manfred Pernice, Guyton/Walker, Seth Price, Guillermo Kuitca, Christian Holstad and Suzanne Winterling, that are given stunning space to be properly exhibited on three floors, beyond the de la Cruz collection displayed at their Key Biscayne house. It is a gift to the people of Miami, a public space to view world class art year round, culminating in what can only be termed a third floor shrine to Felix Gonzalez-Torres and Jim Hodges (installed by Hodges) and an exceptional inner sanctum for Ana Mendieta.

Art Basel has barely started, but if I see anything that gives me greater pleasure over the next six days, I will be doubly blessed.