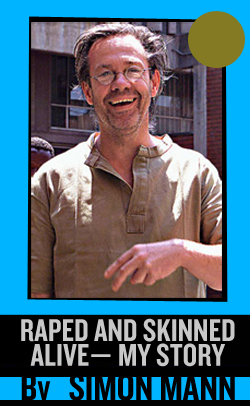 It could have happened to any one of us. You’re catching up with old friends from Eton, you have a bit too much to drink, you get a bit overexcited, and all of a sudden, it seems that your plans to stage a military coup on a small West African country are actually a really bright idea. So you get together with some old army buddies, get a former prime minister’s son to sub you some cash, hire a bunch of mercenaries, stop by in Zimbabwe to collect some weapons and you’re all set to take control of Equatorial Guinea.

This is roughly where Simon Mann, a former SAS officer and security expert, had got to in his plans when he and 69 others were arrested getting off a plane in Harare in 2004, and sentenced to seven years imprisonment for attempting to buy arms for an alleged coup plot. Then, in 2007, events took a slightly less pleasant turn for Mann. In what was described as the “Oil for Mann” deal, he was extradited from Zimbabwe to Equatorial Guinea where Obiang Nguema, the president he had plotted to overthrow, reportedly threatened personally to rape him before skinning him alive and parading his body through the streets.

Lovely, isn’t it? Luckily for man, he was instead sentenced to 34 years in prison in Equatorial Guinea, and even more luckily he was last week granted a pardon on ‘humanitarian grounds’ having served only 15 months of his sentence. Understandably, he didn’t hang around to find out what would happen at the end of the 24 hours he was given to leave the country. So, Mann may not have gained a country, but he is presumably now looking at some fairly lucrative book deals, and that’s a rather more appealing position to be in than the sodomy-followed-by-skinning-alive scenarios that were in the cards a year or two ago. Mann is now reportedly seeking revenge and planning to testify against other men allegedly involved in the plot, including Mark Thatcher, the son of former British Prime Minister, Margaret Thatcher, who got off rather more lightly. Given the way things could have turned out for him, one suspects that ‘relieved’ is something of an understatement of how Simon Mann is feeling right now.