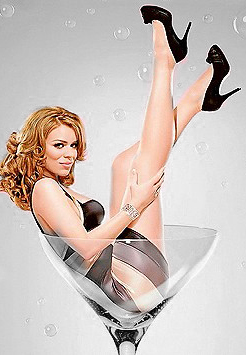 There are always going to be people who are appalled and afraid of the incubator of sin that is the human body. The powers that be, particularly those of a religious and conservative bent, tend to recoil from anything implying that human beings are by nature sexual beings. When a specific human being (particularly a female) goes so far as to admit that, not only does she have sex, regularly, but she gets paid for it and actually dares to enjoy it at the same time, well, you can just imagine the sputtering outrage.
The identity of Belle de Jour, an erotic blogger whose account of her double life as a high-class call girl has kept the public guessing about her true identity for years, and has sparked book deals and a highly successful television series, has finally been revealed. Rumors abound as to who was behind the salacious online diary, with several high profile authors being wrongly accused, theorists proposing that the diaries were fake, and even that the author was really a man.
Brooke Magnanti, a cancer specialist at a university in western England, identified herself as the infamous blogger in order to silence her critics, CNN reports, and because she feared an ex-boyfriend was poised to go public. Her alter ego, Belle, has faced much criticism, primarily from English clergy who accused her of creating a “myth” that sex workers were “independent women, empowered by the hold they have over men.”
Finally able to respond, Magnanti, who was reportedly most upset by the accusation that what she wrote was fiction, said “You can’t say I’m not real, and that my experience isn’t real, because here I am.” She added that while some sex workers have “terrible experiences” she was “unbelievably fortunate”.
She also identified one other body to allegedly have been profiting from her work in the sex industry: the British government. “So much curiosity about my tax situation! Yes I did pay taxes on sex work earnings.” One speculates that the treasury might be altogether less prudish about that particular aspect of the situation.
Cancer scientist reveals secret life as a prostitute – CNN
SHARE
Facebook
Twitter