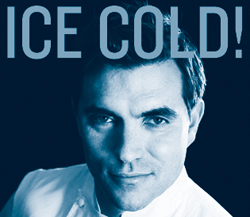 When famous people fall out of love the dripping blood is very visible.

Everyone loves the sight of blood. It seems to be an innate condition of being alive and human. That said, the blood dripping from Erica Wang and star chef Todd English’s aborted wedding can be seen for miles. In the end, the only one present at the reception was Wang herself and a bevy of confused guests who were trying to make out what to do with the groom conspicuously absent. The party eventually went ahead with Wang putting on a brave face, dressed in a striking Badgely Mischka gown and the happiest day in her life (we assume) was not very happy indeed. To add insult to injury Wang was also stuck with a final bill of $12 000 despite English promising to pay for the whole affair (he did pay $150 000).

Wang who had not known of the groom’s whereabouts prior to the wedding and was only notified 1 pm the day of that English wouldn’t be attending his own wedding and of course by then it was all that Wang could do and put on her bravest face, her pretty dress, and let the blood letting begin.

The question of course is why did it happen? Rumor has it that English wasn’t very happy with Wang who resisted signing a prenuptial agreement which would’ve had her receiving zero dollars in the event of a dissolution of their marriage. Ironically, there was a dissolution of their marriage before it even began and instead of being left with zero dollars Wang was left with a $12 000 debt.

Sigh, groan and whimper into my new Badgley Mischka dress…

The moral of the story- love is more conditional that we like to lead on. Careful of the blood stains…