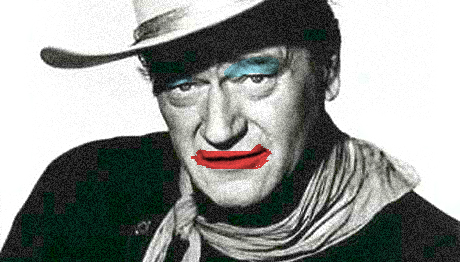 There’s a theory that goes something like this ‘that a real man is a man who does all the fucking and asserts his will over the dominion. He is the king and the queen is his muse, his prerogative and the thing that he fucks at will.’ It’s a theory that for some time has held sway. Of course that was then and this is now and what you see now is a man that no longer resembles standard definitions. It’s a diabolical situation at best as the American male struggles to understand his place in the vast sandbox.

Current culture has dictated a consortium of platforms that the typical male is expected to conform to if he is to retain his valor, respect and yes ultimately the unyielding attention of the opposite sex who he aims innately to consort. If he chooses to act outside these understood guidelines he risks ‘being left’ out and denied his masculinity. Of course if he chooses to act within these guidelines he is also ultimately giving away his masculinity, for he is now asked to perform for show. Failure to perform brings risk of alienation and being unable to pass on his genes assuming passing genes and sperm is the preferred pastime of the red blooded American male.

When one argues current culture dialectics we are obliged to ask ourselves what codes of behavior are we asking the male species to adopt to? Is he being asked to be more sensitive, show more emotion, exfoliate more often? What exactly defines his being? What is he obliged to show the world to support the idea that he is desirable and a worthwhile companion to the female series and a male that other males can respect and look up to?

At one stage of America’s history what defined masculinity included stoic dispositions, street brawls, broken noses, fast cars, drunken fits and lets never forget the ability to bring home the bacon. It was a mans world that was typified by billboards full of cowboys looking into the vast distance of an America that he had yet to conquer but was bound to conquer. He was Clark Gable, smooth, manly, with a way of the world and forever a reassuring presence no matter what demons lay ahead.

Juxtapose this today with images of balding fat men in sitcoms jumping and fearing their wives and full of insecurity.  Yet somehow this makes sense as we all now live in a world with vast unknown factors and ultimately the realization that he was never going to bring home the bacon unless his mate joined in the struggle. A result of disintegrating economics, a result that now women were emancipated and if he were to stand a chance to attain their affections he would need to accept that where as the woman used to wait in the kitchen for her man now she would join him in the workforce and by extension show him he she rarely needed him except when it came time to procreation.

With the nineties the American male was introduced to the idea of the metro sexual, a man who could dress well, take care of his skin and who knew which fragrance went with what. And it was good because he felt liberated, getting in touch with his feminine side and making the manufacturers who deemed such new products the necessary thing to have quite wealthy. If he knew any better he was obliged to want.

On one hand a woman would claim she needed her man to be strong, virulent, able to protect and do all the dirty work and yet now he was also asked to show sudden emotion, compassion and an ability to express himself. The same guy who had spent centuries being a brute, killing Indians, constructing vast railroads and machines, going to war and suddenly being told that wasn’t good enough. He was bound to be confused.

Today bill board are full of images of effeminate men with barely a chest hair, narrow hips and smooth chiseled cheeks. He exists not as an overt sex symbol but as a synonym to female virtues. He has ossified to the ideal female image and he strives to maintain these ideals even if he really doesn’t understand what compels him. In the end he betrays his tendencies to be dominant and instigative. He can only retaliate by buying more cosmetics and then suddenly flying into mad drunken rages. At least he looked manly when he got to show his muscles and if he was wrong he could always say it was the liquor…

In this environment how does a man begin to appreciate his role in society, as he struggles to find balance, the respect of other males and the sex of his counterparts? It is a vicious game of survival that requires most men keep their emotions in check,  never to give too much away except when it was demanded of him.

A man of course ultimately has free will, irrespective of which tribe he comes from or which tribe he ferrets in. He has to ultimately carve his identity irrespective of the tribe even if the tribe is always watching.  In the end the American male is left wondering how he must choose to behave, forever reminded as to what passes as acceptable and what unfortunately doesn’t. He is the conflicted male with more choices than ever, choice which weigh on him and that negate his natural desire to lead and to conquer.

It’s a mans world except it really isn’t.  He is a man in duty, at his office and in his position yet ultimately he is obliged to be he is own man outside of cultural binaries if he is to sustain his identity assuming he hasn’t bought into the myths that he is only a desirable male as long as he behaves, feels and dresses as what is expected of him. What he expects of himself is rarely a question only so long as it proves his value to the tribe.

Spare a thought what a male could be if he were allowed to really own up to what made him whole, perhaps then he would’t necessarily feel obliged to live up to absurd societal standards  but to platforms that would lead to his emancipation.