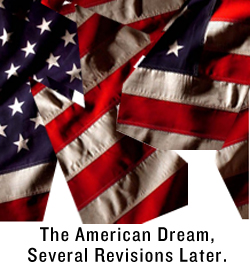 The paradox of living in America.

Here is an interesting phenomena. Last week the Dow Jones crossed 10,000 points for the first time in 2 years while more people are hitting the shelters. It used to be that when the markets crossed certain milestones, banks, institutions, and people alike all shared the prosperity. This time it seems that a large class of citizens (the general American population) have been left behind. Never mind the super-fantastic profits firms like Goldman Sachs have secured and the record bonuses they are set to dole out totaling close to $23 billion, thanks.

According to the US Census Bureau, 35.9 million people live below the poverty line in America, including 12.9 million children. That is in stark contrast to the Dow Jones’s new levels.

The New York Times goes on to describe an interesting phenomenon of how once home owners, after exhausting all other options, are now being forced to resort to shelters for their housing needs.

The article mentions how out of those who are now homeless, an average of 10% lost their homes to foreclosure (meanwhile those banks who nearly lost their collective shirts are now reaping huge profits). Is there something that we are missing here? The common man loses and he is in the dog house, the banks lose and they’re reaping billion dollar profits. Apparently not. After all this seems to be the new American way….

In the Midwest, the Times notes –

…foreclosure played a role for 15 percent of newly homeless people, reflecting soaring rates of unemployment (Ohio’s reached 10.8 percent in August). This is in addition to excessive lending to people with damaged credit.

So while this winter while you sleep in your car, spare a thought for all those wealthy bankers who have to figure out how to spend all that money.