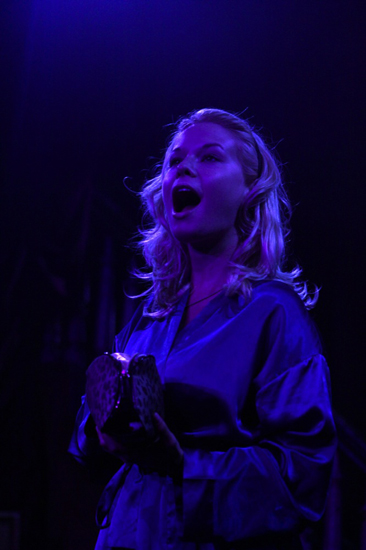 The Wayward Pen Foundation hosted the premiere of “The Corridor,” a play by Slovenian author Matjaz Zupancic, this week at The Box. Our Hostess this evening was  Larisa Schweiger Drekonja, a Slovenian actress, model and artist, whose presence was infinitely fitting to the old world glamour emanating from the venue itself.  She is co-founder of the Wayward Pen Foundation, a not-for-profit, cross-cultural collective of artists and writers designed to facilitate the entry of emerging Eastern European artists and luminaries into the cultural consciousness of the West.  As I approached The Box  beautiful models, artists, socialites, businessmen and European well-wishers from an incalculable social stratum were already beginning to take their seats in lieu of tonight’s performance.

The Box is a venue of undeniable New York appeal.  It is at once a place where voyeurism and active participation have their moments on the stage, dependant of course on the whims of the evening. The door is among the more difficult to navigate in New York, and this 20’s era speakeasy has remained among the iconic city venues in recent memory. The stage was set, and the actors of the Wayward Pen, having found momentary shelter tonight, were ready to perform.

“The Corridor” was written in 2001.  It is about a group of seven reality show contestants who seek fame and fortune in a Big Brother-esque atmosphere. The show’s producer, played by Bob Teague, enters and exits as an apparition, a puppeteer who gives and takes away the actors’ freedom according to the show’s weekly ratings.  The Corridor is this producer’s brainchild, a narrow room where contestants may find temporary solace from the cameras, and where the entirety of the play takes place.  The audience is invited to play the role of voyeur, given access to the most intimate thoughts, fears and desperate actions of each contestant as they play the game. 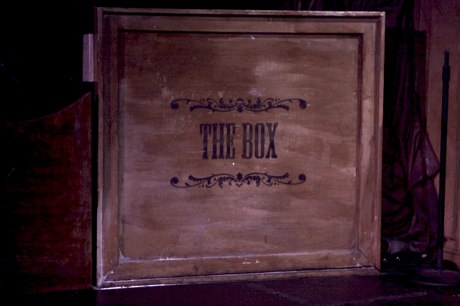