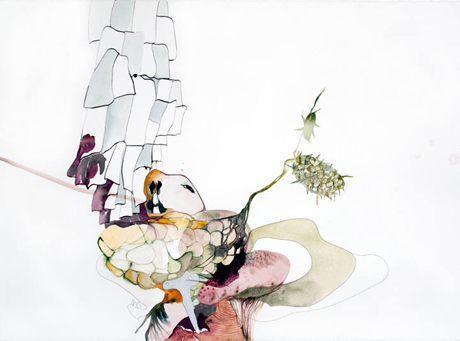 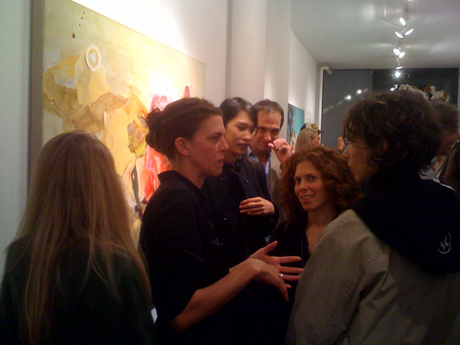 It wasn’t the menacing blizzard conditions that produced a substantial crowd at the Morgan Lehman Gallery in Chelsea last night.  Though, it probably had something to do with visitors going for second and third glasses of white wine, as no one wanted to return to those relentless winds and low temperatures. 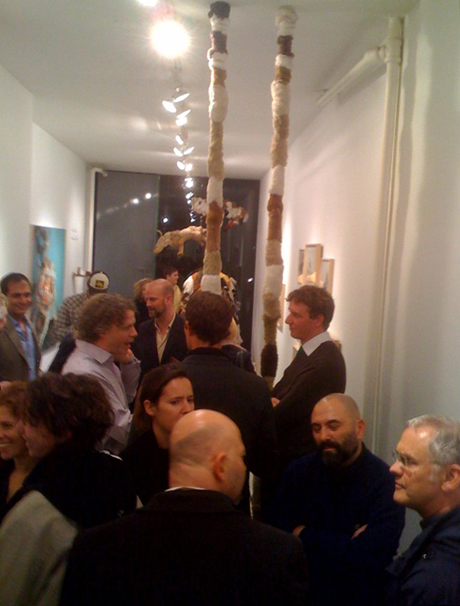 The opening of Emilie Clark: Maxwell’s Lair included several paintings and an evocative installation at the front of the gallery that emanated nostalgia.  Stuffed animal skin, a tiny tent for one, abandoned toys, blankets—I don’t know about you, but those are pretty much the ingredients to my childhood.  The tent stood rather high and, although I didn’t see anyone actually enter, it was very inviting with what seemed to be a velvet floor.

Another, almost neglected, aspect of the installation was a pair of what looked like aged binoculars attached to the wall.  I say neglected because once I looked into them, others followed as though they had originally overlooked it.  The view magnified an 1876 photograph named Mrs. Maxwell’s Rocky Mt. Museum Series. Colorado Building.  The famous 19th century artist and naturalist Martha Maxwell informed much of the show and, as this piece stood perpendicular to the door, it made an appropriate introduction for the rest of the show, as long as you caught it.

The paintings on the wall, made mostly of watercolor and mixed media, seemed to hang with more austerity though as the colorful abstractions gave way to subtle depictions of animal life in peril.  Even the smaller figurative pieces, hung in salon style, suggested aggression and pain in the facial expressions of the well-observed subjects. 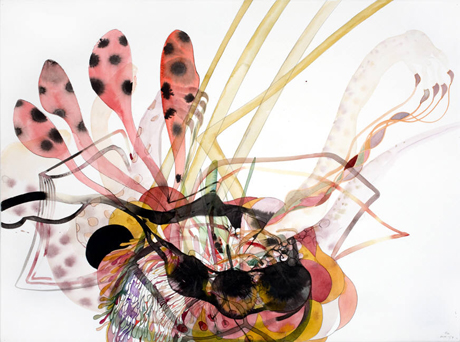 Clark’s show in all seemed to simultaneously praise and criticize the practices of taxidermy.  Her vibrant and disturbing paintings cohered beautifully with revisited shapes and a familiar palette, but they were exhibited with humor as two poles in the gallery were wrapped with stuffed animal skin from floor to ceiling.  Consequently, the space had a tad more warmth and texture than the one track lighting and cold white walls would suggest.  And, if there was anything last THURSDAY night was in need of, it was warmth. 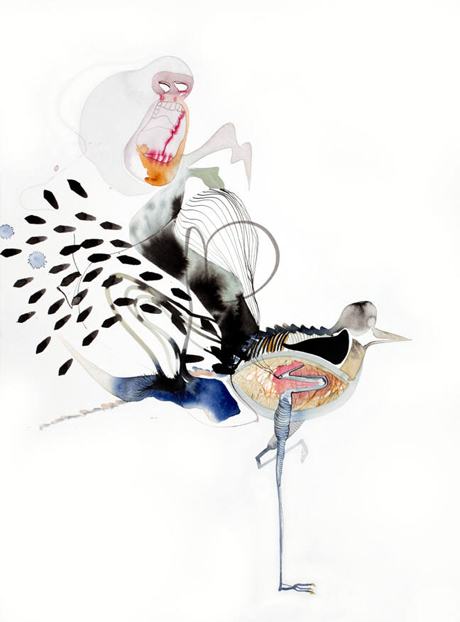