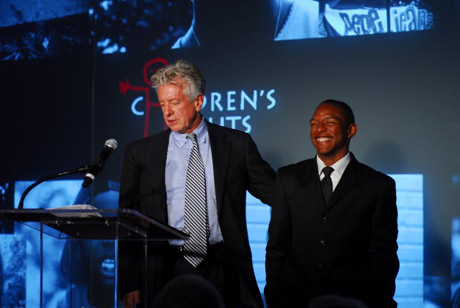 Coming to the IAC’s 4th Annual Children’s Benefit was for me personally one of the most satisfying and heart rendering outings as a journalist that I have had in a long time. To see the commitment and passion being applied to such a wonderful cause certainly resonated amongst us all. But perhaps the most elation and sense of clarity came listening to intellectual gadfly Malcolm Gladwell speak about the breach of trust that comes in human dealings and the thunderous applause that greeted one young Tre Shaun P who overcame extreme deprivation as he took to the podium to extol the wonderful reversal of his life and by extension the collective possibility of us all.

For those who don’t know it (and I certainly didn’t) the Children’s Right organization does a vigorous job of fighting for the rights of disadvantaged and abandoned children in our community. At first the idea of such an organization even existing in the first place comes off as an oxymoron, after all aren’t there parents who are naturally and emphatically fighting for the valor and commitment of their children? Isn’t this what a parent does in the first place? Sadly due to a variety of reasons not all children are afforded the valor and advantages that so many children often receive. The reasons could be wide from abandonment, prejudice or just sheer oppressive circumstances that may preempt talented children from advancing and evolving as thoughtful and productive members of society.

That said when I pressed Chris Iseli, Director of Communications of Children’s Rights as to why the rights of so many disadvantaged children were not being negotiated I was told that essentially a myriad of circumstances often would come into play that would negate even a well meaning effort. These included budget limitations, political harassment but most importantly a lack of awareness that such problems even existed which makes sense when one tries to imagine a young child trying to lobby on its own behalf. In effect because we never hear the players who are directly suffering the burdens of duress speak out (for very legitimate reasons) the problems in essence cease to exist. A displeasing idea but one that gets played out vigorously in a society focused on other say narcissistic pursuits… 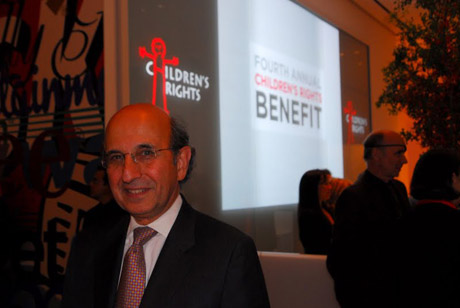 “The thing to understand is that children are vulnerable and it’s our duty and responsibility to bring awareness to their plight. That not all children are receiving the advantages or support network that could be offered to them, in fact in some cases it’s deprived from them. It’s up to us to stop this, to educate and to help facilitate a fellowship that pursues their needs.”

Settling in for dinner where I was charmed by a Ms. Liz Friedman as well as one of the trustees of the Columbia University of Graduate Journalism- of Fred Friendly Seminars- Ruth Friendly along with our dear friend Jonathan Marder we listened intently when  proverbial wit and thinking man’s thinking man Malcolm Gladwell took to the stage and began to relay a strange story about dog fighting and how the dogs will sometimes fight to the death on behalf of the master (as long as the master is always in the eyesight of the dog) because of its inherent trust of its owner who at this very moment has betrayed his dog for some quid. In the same essence children are so often betrayed by parents who one would think would naturally protect them.

This led to the introduction of Tre Shawn P (now 17) who was held captive by his natural mother and deprived days on end of food. By the time he was discovered as a 12 year old boy he was only weighing 45 pounds. A tragedy and crime that should never be imparted on another human being.

With his joyous story of rebuilding and the silent auction finally in place banners started waving in place because by now it was clear we had no choice in the matter. 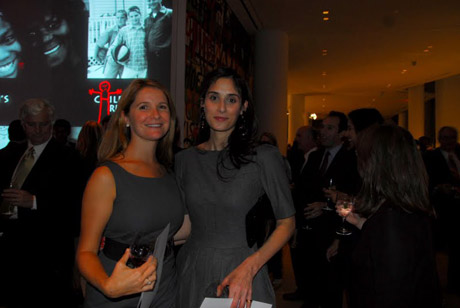