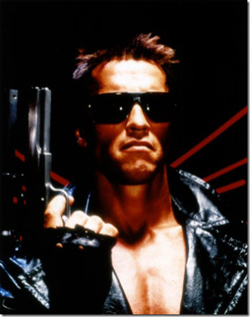 Has the celebrity tide for leniency turned?

Governor of California has told CNN that as Governor he will not grant Polanski (who was arrested at the beginning of this week for skipping trial on a child rape case 31 years ago) clemency as has been peddled by friends and sympathizers of Polanski’s.

Which suggests that there are people in the world who are publicly celebrated figures themselves who are willing to apply the law equally and level handedly as opposed to those who feel because they have lived a productive and celebrated life that they perhaps should be exempted from such laws.

As perverse as Scwarzenneger may sound to most people we actually believe like him that there are outstanding issues that have not been resolved, that need to be heard and the place to do that is in the court of law.

That said Polanski is still trying to figure a way out of having to turn up to trial and given FRANCE’S recent public back down (Polanski has resided in France for over 30 years now) in light of the view that they were initially up in arms but have now suddenly disappeared from the public forum it seems that if Polanksi wants to retain any standing in the community he will have as Schwarzenneger and what the law demands in such instances that the case be brought to trial.

Our bet is that Polanski will be back in the US before the end of October where the media frenzy will invariably turn on itself and make every man, woman or child who looks at a 13 year old the wrong way shudder.

Schwarzenneger: No Pardon for Polanski