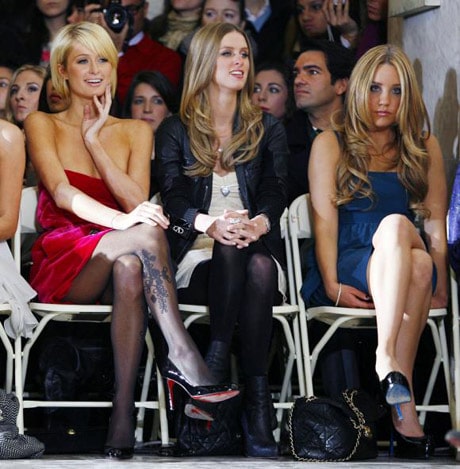 There is an interesting perception that next weeks upcoming fashion collections are all about velvet ropes, hot parties, skinny models, Anna Wintour and a bunch of clothes. In a way that’s true but really that couldn’t be further from the truth, because ultimately what it’s all about isn’t so much about showing a line, taking photos of editors, designers and celebrities air kissing it’s really about branding a line, an image, a desire into the public consciousness and by extension sales and economic viability.

You wouldn’t believe how style can shape our culture just by a picture in a popular magazine of the jeans and flip flops Justin Timberlake happens to be wearing, shopping at ‘Whole Foods,’ or how the fashion industry stakes its claim in Hollywood. Red carpets all over the world are making the phrase “who are you wearing” more important than the actors themselves. Similarly next week’s upcoming collections is about the industry branding itself into the public’s consciousness, shamelessly if need be because what’s really at stake after all is said and done is the economic and cultural viablity of an industry that has by now slowly permeated every aspect of our wider culture.

From music, TV, the movies, product endorsement it’s all the rage – fashion has by association extended itself into the identities of these cultural dieties. You can never think about a celebrity ever again without first also remembering who dressed her, what she wore at the red carpets and which designer he or she will be hanging out with at the French Rivera during the summer. Such cross lapping will once again be on big display next week as designers race to imbue themselves with certain personalities not so much because they are all friends (by now most are) it’s because their respective industries necessitate that such alliances be formed and stage handled that by the time you leave the tents you wont remember which model wore what but you will certainly remember which personality showed up, where they sat (always front row or else) and maybe even what they wore!

The thing with fashion is that no matter what state our economy is in, whether we are at war or not we will always need clothes to wear everyday. And whenever there is someone who chooses to make the clothes we wear, there will always be someone competing to do the same thing. Ultimately this feeds an entire industry and sets up a tree link of synergies.Yet ultimately what’s at stake more than the design of the clothes, the quality of the clothes, the delivery time table it’s the ability to eke out a particular brand, image that will have people willing to part over their money over you and another designer.

This is why the upcoming collections are so important, it’s not really about showing the clothes, of course that counts too, it’s really about creating a brand, an identity that the public will want to buy into. This is what I mean by the ‘swagger’ effect, cause if ultimately you have no swagger you got nothing. Ultimately a designer will be at the mercy of the fashion police, and a life sentence with this lot can truly kill a brand. Just ask the people responsible for coining the phrase “urban” or “streetwear.”

That said, I’ll see you at the collections… 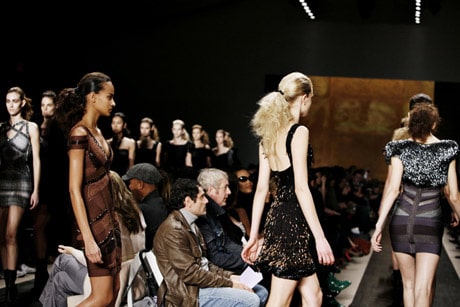