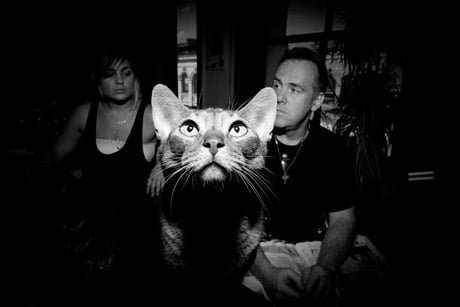 “Don’t let money keep you off Madison Avenue.” Or “You got to deal with the personalities to get results.’

Trained as a photographer or should I even to say a sharp shooter, Katie’s duties is to see deep into Quigley’s mind and appreciate the dialogue that is going on deep within him.

“He’s all over the place not because he doesn’t know how to concentrate but because he’s taking the time to feel his moods, the colors, the conversations. All I do is listen and help bring the strands that we all thought made no sense yesterday morning back to the table where somehow they end up becoming the chief motivating idea and visual sign.”

Quigley listens and thinks for a minute before responding:

“There’s always going to be a lot going on, always going to be stars, celebrities, money, the guest list, the velvet rope and those things aren’t going away and that’s fine because I embrace them too but ultimately when you turn off the TV, leave the night club, take the last swig off whiskey, find out the next morning your best friend Basquait is dead you have to embrace yourself. I think it’s why I do what I do, and in so many ways that’s what this collection is about – the idea of embracing the fighter within ourselves.”

No sooner has Quigley just said this he is now going through cabinet files and pulling out crayon colored sheets to show you, to tell you about, but the truth is he’s taking them out to reinforce what it’s all about for him. It’s just that the girl sharply training her eyes on him and his work understands this too.

“Really, I think William is one of the most brilliant people I have ever come across.”

Quigley listens but once again pretends he doesn’t by running to the other side of the room to show me another painting his being working on, about the notorious doorman who has yet to drop by and collect a painting, about the boxer on the canvas wall who ostensibly reminds him of the fighter downtrodden . It’s only when I double take and see the same image on his Skrapper shirt and the slung canvas that I smile. 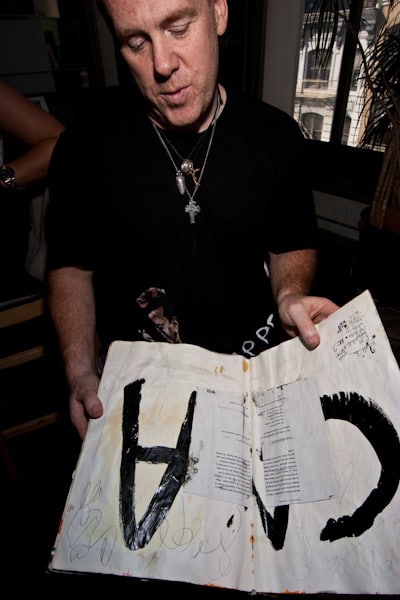 How? Body of missing 5 year old Colorado boy found at...