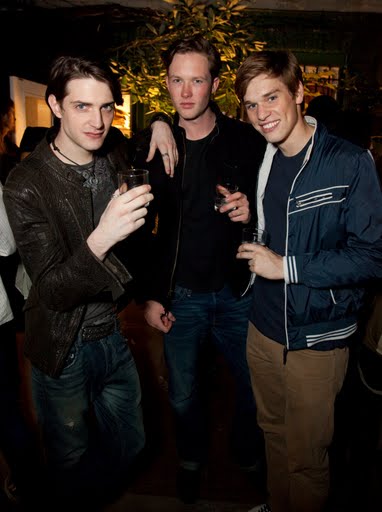 As I entered the dim lit store, I was greeted by sounds of jazz and blues playing in the background and trays filled with shot glasses of Casa Dragones Tequila. The scene was casual but lively, filled with friends of the designer and media folk who were sipping on the ultra premium tequila, snacking on the delicious hors d’oeuvres and mingling with one another praising INA and her eye for great fashion.

The store layout was crisp and clean providing everything Menswear. Men’s jackets were neatly aligned at the front right end of the store, followed by pants and trousers. Sweaters and button downs were carefully arranged from colorful to darks on the left end of the store. Men’s bags, scarves and hats occupied the shelves above the clothing, while dress shoes and casual sneakers were laid out at the back of the store. Designer pieces included Marc Jacobs, Versace, Prada, Helmut Lang, Gucci, Hugo Boss, and more.

I made my way to the back of the store and into the garden where the party continued. The space was crowded with young, trendy individuals and a full tequila bar. I noticed that everyone around me had his/her own unique sense of the style including INA herself who was dressed in a white button down paired with a long black corset dress. While I was mingling with the guests, I was suddenly blind sighted by a camera man who was busy filming the scene around him. Seconds later I was approached by a woman asking me to sign a waiver to give her my consent to be on television. She informed me that they were shooting scenes for a new Bravo reality TV show about Kelly Cutrone – a fashion icon and the founder of the public relations, branding and marketing firm People’s Revolution – who currently represents INA. 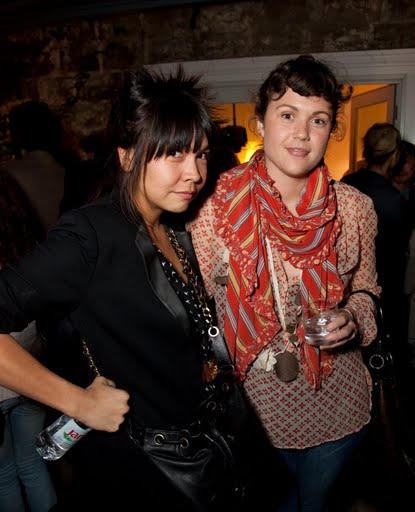