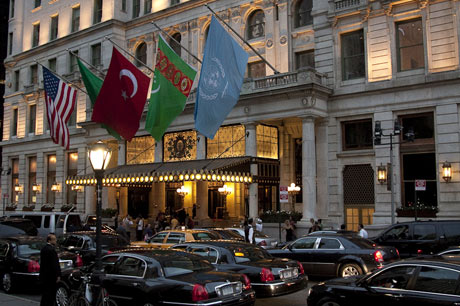 In anticipation of the new upcoming ‘Joy Behar,’ show that will be featuring on new sister channel HNL Scallywag and Vagabond headed out one recent event to herald old world stardom, grace and some of the most loveable divas that showbiz has thrown at us. There as the cameras flashed and caused a frantic disconcerting disarray lay the visage of a Ms. Joy Behar who innately understood the world today had come to see her and to herald her well wishes and aplomb as she was set to take the reins on her solo show, simply titled the ‘Joy Behar show.’ Smiling fiercely and holding bold resolve Joy Behar looked into the cameras and beyond them, straight at you and all more likely into your kitchen living room and the scorn and fascination you hold in modern TV.

As the reporters charged Joy and her alter ego Barbara I had the benevolent suspicion that I had come to Jewish mother’s cocktail party. There was Joy, fierce and adamant telling the reporters and the world that was the way things were and yet we all wanted to know more and that she was herself hungry to know more.

Finally approaching the doyen of morning TV (aka the View) I asked.

SCV: But why now Joy? Why another TV show?

Joy: Because he had the money and he wanted me to do it.

The he she is of course referring to is Ken Jautz (officiating executive at CNN news group who has the power to unleash us to creative expression or collective boredom).

At this moment Ken looks at me betrayed, half smiling half confused and mostly cornered.

Ken: How could I not go with it? It was an idea that had been sitting on the table and we love Joy very much, appreciate Joy is loved very much and that’s when we decided we had to do this…”