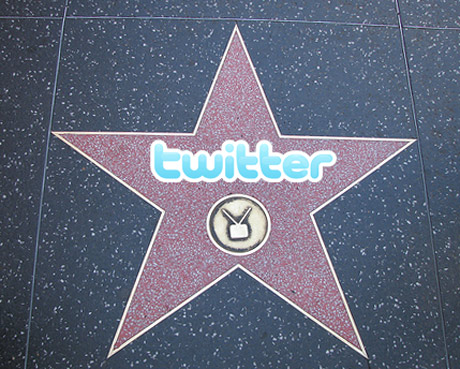 Reality shows are the new visual medium. Facebook the ‘tell all’ syndrome and picture perfect version of your supposed ‘real’ life. Twittering on the other hand is the next satellite station roaming freely and amply around your ego- an exponential relay of every thought, gesture, symptom, and aspiration of your eternal life. On one hand we get to know where you’re heading at any given moment in some down town heading taxi, but the truth is where you’re really heading is that place called extended fame and your piece of the American collective called ‘stardom.’

To appreciate the joy of twittering, that cultural phenomena that requires amazing tactile dexterity and the ability to ignore human beings around you while you tell human beings no one near around you what you’re supposedly doing with humans around you, one has to have avid fascination for what we’ve been able to achieve since MTV made musicians video rock stars and topless midgets into household names.

Who would have thought that in the 21st century, shows where women are flashing their va-jay-jays and midgets running into walls would be the ultimate guilty pleasure of the American public? In a world where people like Paris Hilton can get famous for posing like a giraffe and making a sex tape, it’s no wonder that ridiculous people from the slums of the trashy world show up for their 15 minutes of fame.

After all, the standard of fame the media has placed upon the unknowing public is at an all-time low. Or perhaps another way of saying it the bar has in fact been raised, albeit you just have to be willing to do act without impunity and not mind vomiting and doing long lines of ‘coke’ and turning up to some reality audition the next morning.

Watching these reality shows, one sometimes can’t help but think that they are more interesting than those ‘trashy, bare mid drift,’ girls cornering the TV screen. Then again maybe that’s the point and the unusual interest, that people who you would never look twice at are now all we look and talk about. Of course this has only served to condition society, to make them complicit in the idea that life is now a revolving TV show where running into walls, beating up fans and getting high at rehab is the new acceptable way of turning up.

In another century such behavior would of got you in trouble but today it’s acceptable and perversely encouraged, with slabs of money being thrown at willing life participants (who eventually become their own B grade and even A grade celebrities…) to go for the jugular. Of course as much as we know it’s ridiculous we can’t help fawning over the same group of people who turn up religiously on your TV set, facebook account, and of course now Twitter. Here’s the rub- you want in too, in, because it’s your right as a semi photogenic sophisticate to get your rub off to, and all it takes is the willingness to let the world know you have arrived and literally where you will be arriving in three minutes…

In short, narcissism at its best, twitter has become a social revolution that has whip lashed all of America and eventually the world. It has become an ideal platform for all people to get on their high-horse and announce to the presumably interested public, what they are doing every 2 seconds. Launched in 2006 by Jack Dorsey, twitter is an internet version of a text message; allowing people to “tweet” their statuses to friends and/or strangers. One seriously doubts that when Dorsey brought it out that it would become the extended persona of a public looking for extended existence and mobility, but instead of offering physical status what twitter really offers is mythical status…

Not a twitter yourself? Fine, one can for effective purposes still see the value of having twitter. For those of us who are public figures (or desire becoming public figures) twitter acts as a useful means for celebrities and public figures to reach out to their fans such as the most recent controversy where Paula Abdul announced her resignation from the Idol stage. Too informal to announce on the news herself, and yet too impersonal to announce it through a magazine, her choice of location was appropriate. Private enough for people to comprehend it was “her choice” to leave Idol, but at the same time out-in-the-open-eye enough that she could make that short statement and cause a huge roar throughout the American public. In any event she was disseminating news but what she really was doing was disseminating was her ‘public’ persona, or rather the desired public persona.

Take for example the use of Twitter in the 2008 presidential campaign. Barack Obama used Twitter as a means to reach out to the general public and his literal followers. An amiable form of publicity, not only did it make our possible president seem “cool” and “hip” it made it easier for the public to relate to him on a personal note – and not just another politician on TV trying to collect our votes. Once again the message was “yes, this is what I intend to do, but the real inside message was- look at how amazing and mythical I really already am my virtual friend…” 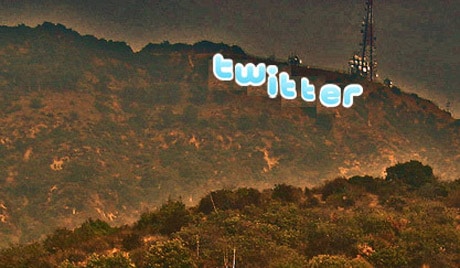