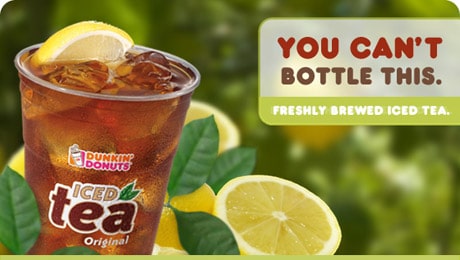 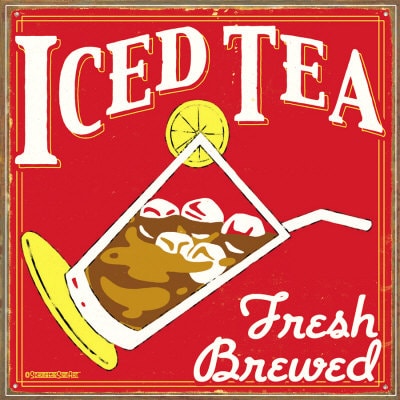 Formerly only the beverage of choice for teetotalling brunchers and down-south bbq, iced-tea is enjoying a cultural renaissance. Buoyed by a stagnant economy, a resultant backlash against over-priced luxury goods and a summer more humid than hot, iced-tea provides the perfect revolution for a tax-weary and overtaxed New York. Boston be damned – this is our party and, as all things cast into the waters of New York consciousness, the boom is coming.

At first glance, iced-tea is dirty water. The leaves and assorted nature debris that would normally be brushed off a pair of cut-off shorts after wrestling in Central Park’s grass with the latest Pynchon novel, are boiled, mixed, chilled and served with only the slightest garnish. It is strange to think that it would be a drink of choice for anyone, much less for many. But, there was someone who first discovered the joys of smoking a weed and eating fungi, so it is no surprise that the addictive qualities of a freshly made batch of tea treats was discovered. 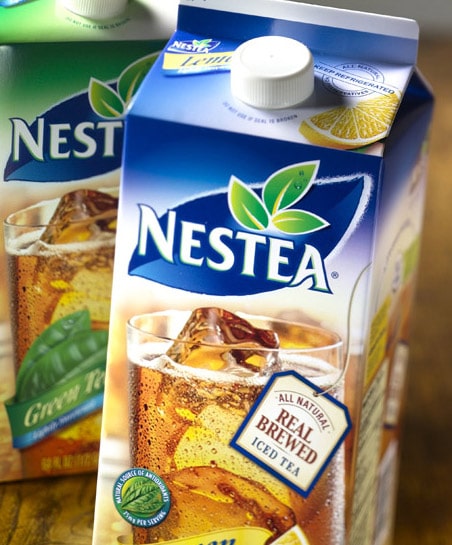 It may just be the earthy nature of the drink that makes it so desirable. As we have just passed the green movement by and are beginning to wince away the organic demands of an ever-increasingly savvy foodstuffs buying community, there is a newly fumigated inherent need for that which is from the dirt. While few of us outside of Bushwick’s rooftop gardening communities, grow our own tea, there is a sense when drinking it that we have tapped into a natural resource.

Particularly when weighted against the over-designed and seemingly consumer-focused creamy, coffee concoctions that once dominated summer thirst palettes, iced-tea is a humanistic alternative. Practically speaking, it also lacks the calories. But, more then that, iced-tea is a democratic choice. While coffee enthusiasts can debate which themed provider they prefer and speak with zeal about the fancy equipment they prefer their beverage to be brewed in, iced-tea requires only a pot to piss in.

Unlike coffee which bloats and keeps its fans regular, iced-tea travels through the body in a far more favorable way. One remains light and fantastic, traipsing through the grass from which their tea is made, rather than battling bums for the Starbucks restroom key. In comparison to lemonade too, the drinking process is more smooth, without the acidity or burning sensation.

Jokes and my own personal musings aside, the tea truth is very much out there. Dunkin Donuts, always the leader in fast food drinks, has posted a record increase this past summer due to sales of its fresh-brewed iced-tea. While McDonalds seems poised to further do to Starbucks what Puffy did to grunge music, Dunkin Donuts has been quickly and quietly amassing a fortune and credibility in the ever-expanding tea-drinking community. Visit a car rest-stop between here and Florida and allow anecdotal evidence to prove my point.

Or, consider the case of Firefly, an iced-tea flavored vodka drink which, at the beginning of the summer was only available in one liquor store in the tri-state region, in one flavor. Today it is as omnipresent as fifths of Hennessey and see-through bottles of vodka and comes in at least 4 flavors. Suddenly, the cheap drink choice is finding itself manipulated into expensive options. Pretty soon, Wass will demand iced-tea bottle service for entrance to Avenue.

With the boom already occurring, as liquor companies mark up my twigs and berries for consumption, one can feel the (excuse the pun) obsession brewing. New York is notorious for food fads and the possibilities of tea are endless for anyone who wishes to exploit the gentle beverage.

The Etiquette of Taking Tea. 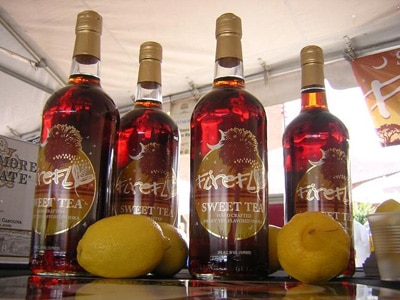