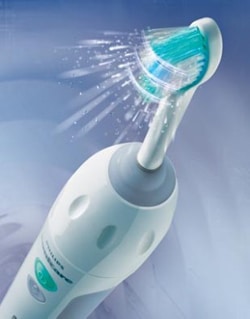 Can I at least keep one of the nineteen bags? Pretty please.

Oh boy, the drama made for life but we imagine somewhere along the line daddy Michael Douglas will have to laugh and turn the horror show into a PG rated film about tortured sons got hairier today when tortured son Cameron under house arrest (we know, if you are rich and influential you get house arrest but if you are mediocre and nearly very good looking just plain Rikers…) was foiled in another drug hatch plan.

The facts from what we understand them, please inhale slowly with us, are as follows, troubled son of famous father – Michael Douglas – Cameron Douglas recently got arrested for dealing in crystal meth. Large doses of it. So while awaiting trial he is now under house arrest in downtown Manhattan, NY. Which means if Cameron wants to watch Tv it can pretty much be arranged, order out- that too, get strung out high? Well, actually not.

Of course that didn’t stop Cameron from trying to use his girlfriend- Kelly Sott as a mule, (love knows no boundaries?). Placing a phone call for her to bring some ‘essentials’ over to the house, including an electric tooth brush ( we know the manual ones are so laborious…) Cameron had Kelly  jam as many baggies of heroin in that damn electric tooth brush as she could  so when court appointed guards smelled something fishy and probably noticed the way Cameron was clutching onto his new electric toothbrush ( healthier teeth you know…) they decided to have a closer look.

In the end they found 19 heroin baggies, ones that matched the empty baggies that were found at the Gansevoort Hotel where Cameron and Kelly were last partying it up. For her efforts Kelly got arrested, but at this juncture we are not sure if she gets to get ‘house arrest’ or the privileges of Rikers.

Love, sometimes it’s worth it, but most of the time it’s not- especially if your boyfriend or girlfriend is a run away addict. You can exhale now…