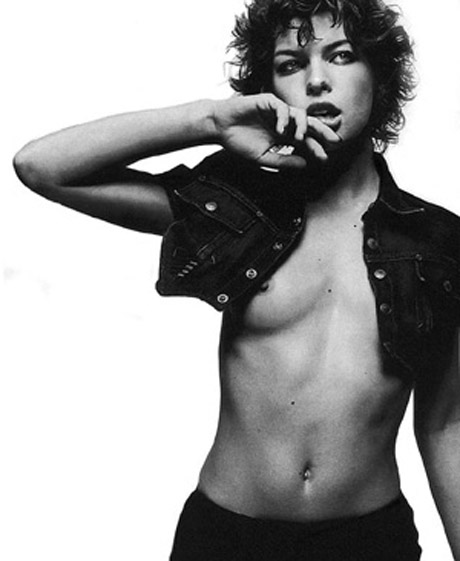 According to Wikipedia the definition of Ingénue is thus: The ingénue is beautiful, gentle, sweet, virginal, and often naïve, in mental or emotional danger, or even physical danger, usually a target of The Cad; whom she may have mistaken for The Hero.

If you are a young female actress looking to “make it big,” take this definition literally; Not really a virgin? No problem! Does gentility only come to you after raiding mom and dad’s medicine cabinet? Great! Do you feel invincible, that the spectre of “mental and emotional dangers” doesn’t scare you, the savvy young “actress?” Cheers! You’re ready to begin your precipitous ascent to stardom. Let’s break it down.

“The ingenue is beautiful, gentle, sweet, virginal, and often naïve…”

It isn’t called show business for nothing, and you must begin to view yourself as an asset. Naivete is a dangerous trait; dispose of this immediately on your own terms. It’s Hollywood, baby and everyone wants to screw you. Your agent, your dad, the “mean girls” in highschool, and the other cling-ons that will appear, as they say, from the woodwork. Establish boundaries for yourself. You are 16 years old. Don the Nickelodeon shine in public. I don’t care if you blow lines off of Zac Efron’s washboard abs backstage but please, oh please, refrain from swinging on a stripper pole in front of a national audience—its not choreography, it’s just plain trampy.

Also, beware of the new strain of paparazzi, aka those high school girls I warned you about with their brand new camera phones. If photos do surface, damage control is essential. Now that you’ve been broken in, now that the seed of cynicism has been planted, use a synthetic form of naivete to dispel any white noise from the conservative buzzkills. You were acting impulsively; you are a young, impressionable flower who was momentarily allured by the dark demands of unsavory individuals etc.

Lucky for you, the public’s attention span is relative to that of a goldfish. Go ahead, say you’ve learned your lesson, that it “will never happen again”—statute of limitations on that statement runs about 3 months at most. Oh, and if the photo is an unfortunate nose candy shot, check yourself into drug rehab. This is a magical place where “recovering” celebs rest their tired, ragged souls for a few weeks of uninterrupted (and expensive) bliss. This approach will work about three times before the shit really hits the fan, and the fanbase.

“Due to lack of independence, the ingenue usually lives with her father or a father figure.”

Rampant cases of “stage parenting,” child exploitation etc. etc. may be attributed to your eventual demise. Lindsay Lohan and her creeptastic father are prime examples of this unfortunate relationship. If your dad has taken to following you around, crashing your cool tween parties and acting like an ass on TMZ, then you should probably consider a well publicized split. This is a great way to generate public sympathy. In fact, call your dad’s Jersey publicist, probably named Rocco, on the down-low and make sure the derelict makes an appearance every now and then. This is especially effective when more photos emerge and you have just been to rehab.

What now? Fight with dad! On the other hand, being too close with your father can generate some negative reactions. It’s best not to pose semi-nude with him. I don’t care if Vanity Fair is practically banging down the door. Sure, they told you that it will be a tasteful shoot, that every photograph will seek to portray love in its purest form. In reality, though, the whole thing is just weird and unsettling.

“The ingenue…is usually a target of The Cad; whom she may have mistaken for The Hero.” This is perhaps the most common pitfall of young Hollywood starlets, wrestling with a fake, squeaky clean image and an innate desire to do the nasty. Hollywood is teeming with beautiful people who, by the way, only screw other anatomically gifted individuals. If you feel like you are sliding down this slippery slope, from HOT to NOT, in direct violation of the daily shifting code of acceptable aesthetics, rectify your unsightly appearance immediately. No surgeon? Ask a friend (never a frenemy; they’ll be looking to exact revenge on an unwitting ingenue for their botched boob job of 1997—the limbs regrettably don’t spring back like they used to)! Shave off those unsightly love handles in one quick, painful procedure. In and Out, animal style. But I digress.

Back to the Cad. This individual is endowed with a “bad boy” persona that you think you can tame. Unfortunately for you, drinking from the same water glass at a public venue will cast suspicion on your cultivated status as a virgin. I don’t care how you define virginity, be it heavy-petting, just the tip or “third base;” once you’re seen out with this bad boy you might as well slide into home. He was once the hero, now he’s just the devil in the desert…and you’re no Jesus. You love him, despite the Hep-C, and he’s sticking with you, until, of course you find him in bed with your Nick at Nite co-star (is that still even on the air?).

Your public persona must now artfully segue from girl-next-door to the aforementioned “vamp.” Start wearing clothes that embrace your “curves.” Cleavage is always good, and shaving a bit off the jaw bone will get rid of that “cherubic” quality—now you’ll really get an edge! If you aren’t blessed with a God-given raspy voice, start smoking. You’ll sound older and much cooler, and you can curb your appetite because, who are we kidding, you aren’t curvy, you’re fat. Don’t be too skinny, or risk the accusation of anorexia, a disease we can’t get enough of! God we love to watch you shrink; going, going, going gone! Give up the ghost of 16; you’re 16 now and ready to rock and roll, Hollywood style.

These in short are some of the guidelines that cause Hollywood to rightfully nominate you as an ingénue. The trick of course is appearing but actually not being the ingénue- after all in Hollywood it’s all about appearances until the day it is not.