Anorexia: Media Obsessed Starvation amongst celebrity and idealized images of contemporary women to the detriment of health.

We have models to turn to for beauty.

For years, media trends have informed us that whomever stands in the limelight serves as the plastic mold of perfection currently worthy of obsession from all women and men, that we must arrange our appearance as afterthoughts of their greatness, as testaments to the beautiful and glamorous. It just so happens, that come the last fifty years, our public icons are disappearing. Not from the limelight, not from the runways, but from beneath their dresses and into their bones.

Some people inherit their thinness as fortunate combinations of genes delivered by chance. Others die for it. When a nation is told to turn to models for definitions of grace, glamour, poise, and the models at hand happen to wear negative sizes and skin-tight jeans, what does the full figured follower do? Diet? Indeed, each year our country produces new trends, tabloids, editorials and books concerning the latest dieting fads. Somehow, the differences between dieting and dying for beauty have smudged and left the world agape with confusion; a ‘somehow’ we attribute to the only modern advancement capable of churning out limitless controversies – the internet. 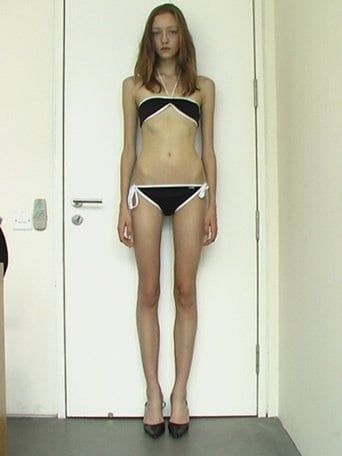 The internet contributes to our lives a source of faceless community, a universal spread of the human conscious for all to probe and speculate over. Businesses, artistic endeavors, countless enterprises and social circles capitalize on the immediate connection offered by our wireless world, and now, so do groups of pro-anorexic people interested in collaborating forces. For some people, anorexia is a snide joke – as inappropriately and commonly as turbans subject to taliban humor – but for others, others who daily suffer over their gradual starvation, anorexia is an all-consuming disease directed toward destruction. And now, with a simple click on the computer screen, we’re allowing hundreds of endangered people to support it.

Initially, a mere several blogs began posting dieting tips and inspirational photographs to motivate men and women to pursue an anorexic lifestyle. Blog followers would respond with their input concerning anorexic endeavors, helping others to negotiate the rough tides of self imposed starvation, like reverse self-help communities primarily interested not in recovery, but in furthering the perfection of anorexic tactics. 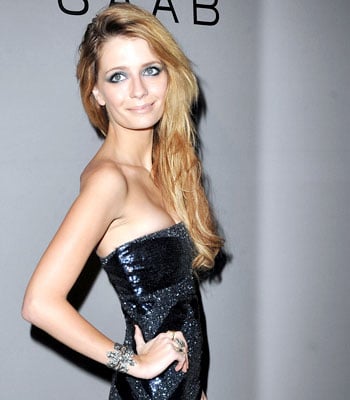 A pro-ana site belonging to the first category posts their latest ‘thinspirational’ quote: “The pain is necessary, especially the pain of hunger. It reassures you that you are strong, can withstand anything.” Optimal excuses to be used in the event that an anorexic (deemed ‘anorectic’) is confronted at a social dinner setting are given, alongside distractions offered as ways to forget about food and tips for curbing hunger such as smoking, sleeping, chewing and spitting out food.  Now, countless, well organized websites have begun to surface, declaring dedication to anorectics and their disease, claiming that judgement from the outside world and diagnoses from concerned doctors are irrelevant. They instead demand respect and reverence for their morally obscured cause.

The second movement, according to much of the web generation, does not condemn recovery, but advocates eating disorder acceptance. Oftentimes such sites contain sections entitled, “Letters to Ana and/or Mia” (meaning anorexia and/or bulimia) where Ana/Mia act as the diseases personified as gods. Pro-anorexia website, “Thinnest of Them All,” displays a letter to Ana, which reads: “If I cheat on you and procreate with Ronald McDonald, Dave Thomas, the colonel or that cute little dog, I will kneel over my toilet and thrust my fingers deep in my throat and pray for your forgiveness.”

How does one turn a blind eye to the promotion of harmful mentalities and pervasive sermons concerning injurious habits? How does one ignore an entire collection of internet followers committed to online groups, which encourage the expansion of anorexia as a movement of empowerment rather than a need for recovery and human love? The Letter to Ana reads: “Men run when they see the love I have for you and never return. But they aren’t important to me all thats important is that you love me.” Such pro-anorectics insist they prefer love of an intangible, internal, entirely dysfunctional disease rather than the love of human beings. More than that, they insist this is normal and should be accepted as such.

Often nicknamed ‘the evolution of pro-ana,’ the third internet movement provides online information about eating disorders and support networks, discouraging of the development of anorexia. Creator of Pro-Ana Nation clarifies: “It’s primary objective is to give a voice to an often misunderstood group and to raise public awareness of various eating disorders.”

The truth, of course, is that anorexia deals with issues far passed flesh, as does bulimia, overeating and any other psychological connection to food. To parade this deeply emotional relationship online as a phenomenon of self empowerment through starvation is a disgrace to survivors and recovering people who endure the disease’s full effects. To whom do the new victims look? To the silver screen and its shrinking movie stars, its three pound models? Or to the internet’s desperately encouraging campaign? Even the websites who do not denounce recovery add to the confusion of anorexia’s innate complexities in their absence of constant advocacy for change and self appreciation.

None who have not withstood the trials of such a psychologically turbulent condition can truly empathize with those who have. We cannot point and jeer, exiling troubled persons from their already fragile positions, just as we cannot wave an indifferent hand for dangerous habits moving closer to home.

“Isolation accompanies my eating disorder…” says the Pro-Ana Nation creator of her personal struggle with anorexia. “The primary reason why I have chosen isolation, is to practice my eating disorder without interruption. Anorexia has become my main focus and interest, and relationships fade into the background.”

In such lonely situations, too uncomfortable oftentimes simply to leave the house, anorectics are forced into seclusion. Instead of employing websites as perfectly removed and intimate communities capable of healing a horrible, suffering alienation, our world encourages the victim men and women to continue starving, showing them emaciated models for measures of inspiration, hiding food, bearing headaches and hunger pains – all for reasons misunderstood by the media and undermined by the net.

Thinnest of Them All’s  ‘Ana Creed’ declares: “I believe in bathroom scales as an indicator of my daily successes and failures…I believe that I am the most vile, worthless and useless person ever to have existed on this planet, and that I am totally unworthy of anyone’s time and attention.”

Through the internet, we seek progress, not regress, of relationships, healthy relationships fully involved in the depth of the human spirit. These websites walk backwards into uncivilized times, unaware of life’s preciousness. Freedom of speech and outspokenness is respected as important, but how now? When the content presented allows a fellow human being to publicize their self loathing for others to seek out and stick by?

Roughly 90% of women are victim to anorexia. Of that 90%, 20% die as a result. Only 2-3% are treated. 86% of sufferers begin their struggles before the age of 20. And we have models to turn to for beauty. Right? But we might think to first encourage our youth to turn, before magazines, before websites, before blogs, to a mirror. We might encourage our models to do the same. Not a warped, haunting mirror, but an honest one. Weight, beauty and appearance are undying struggles for most. The least our world can do is relieve such stress with human value and help – not with blogs accepting of self loathing, pain, starvation and ultimately, most importantly, suicidal death.

Yes, thinness is currently a world-wide sensation, but the disease existed long before Twiggy and Gemma Ward brought the trends. One would hope that the ambition of self empowerment through emotional and mental strength in this world stands before emotional and mental withholding, physical torture, and the painful quest of many people’s lives for exposed and abused skin and bones. One would hope, but reads differently…. 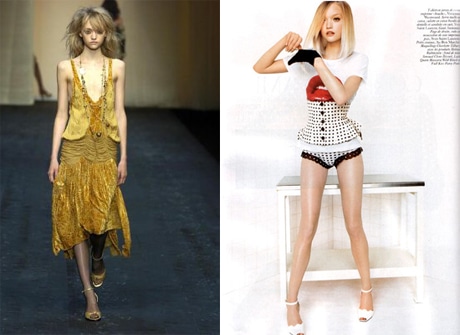