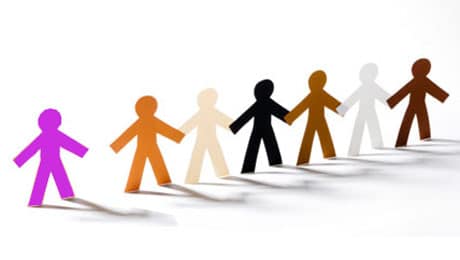 In essence marginalization is like standing at the gas pump alongside with everyone else but because you have been deemed in perpetuity to be an outcast or simply irrelevant or too difficult to ingratiate (ie transgender, non conformist or simply too poor or exploited) by the time you come for your fill the gas pump suddenly goes dry or so society would like you to believe. In some respects marginalization is all about towing the party line, playing into hegemony, it’s when one is unwilling, incapable or simply rejects the system that has come before them that they may suddenly find the well of ‘good will, success, harmony and material comfort’ utterly bankrupt. This is not to say one should always tow the national policy or preach unwavering regard for current doctrine but to be aware in their role as thinker, artist, dissident or simply racial or economic persona they must fight harder to have their access to the gas pump too. –

That said we took aside our dearest ‘Desmond Parks,’ and asked him to yield some thought on this very relevant theme given the advent of the artist, the dissident and the counter society of choice or by economic necessity or political abatement. – Scallywag.

I do believe in monsters; I call them monikers. By establishing distinctions from the mean, they make marginalization possible; indeed, they are marginalization. The jests and jibes of character stereotypes undermine their poisonous application and the nature of their infantile, cartoonish concepts. Nonetheless, every new and recycled attribution of automatic, misguided preconception is embraced by the many, seamlessly integrating it into their respective cultures. This is the locus of hegemony and imperialism alike; without these distinctions, societies become too cohesive and social control becomes nearly impossible. But with the dissonance exemplified in Spike Lee’s Do The Right Thing, for example, most are too distracted to notice themselves carrying out their own marginalization.

On the other hand, I’m not easily classified. Not as fortunate as many, I was thrust headlong, kicking and screaming, into reality at such a time that was mostly premature. From there, I’ve been trying to develop myself into someone functional and constructive enough in order to support myself. But, due to anonymity in the public realm and a lack of initial resources, it took years to begin to make any progress. Only by focusing on and profiting from my personal talents and a great deal of very hard work, I have been able to generate even the slightest acknowledgement from society in the form of idioms like “acceptable employment” and even “monetary gain.”

Even then that can all go away if suddenly society became disenfranchised with my movements, my thoughts, my dress code, my sexuality or any religious or political flavor that I may choose to assuage. Or perhaps in other words I can choose to marginalize myself from the whole if I should decide to follow my own particular strand of individualism.

The abundance of self-indulgence the incredible diversity that our society yields results in a certain social elasticity that isn’t possible in most countries. Media messages, propaganda, manufactured social trends, lackluster education, and other influences have been exceedingly powerful historically, leading to socially conditioned distinctions, but they can only go so far. Tenacity, voracity, maturity, and personal education are all that’s really required in varying proportions in order to make necessary progress. As access to information grows, the capacity for socially imposed marginalization diminishes.

It is elsewhere in the world, in those countries that are regarded as marginalized, conversely, that there seems to be much less of a choice. Sociological and anthropological studies evidence the presence of a system of that ultimately seeks to draw from the whole of humanity in order to supplement smaller affiliated groups. One revolutionary thinker, Frantz Fannon, outlined the essence of global marginalization in his crème de la crème, The Wretched of the Earth. Within it, he establishes the theoretical foundation for global marginalization, a lot of which has reflected itself in aspects of American society that are microcosmically reflective of global society. Essentially, he states colonialism and imperialism is the result of countries within a fraternal umbrella that exploit those most abundant in resources, drawing correlations between the countries richest with resources and those that are considered Third World. The results can be horrifying, though, and attributing it to mere marginalization strangely feels like extravagant understatement.

To counter this, research such as The Bell Curve by Herrnstein and Murray has sought to give alternative explanations for the incidence of marginalization. Correlating social conditions to intelligence levels through the quantitative analysis of self-administered IQ tests, the authors made an attempt to annotate social classes based on intelligence. The results were dubiously biased, and largely inconsequential; their work has since been subject to a multitude of criticism by scientific community. But social elitism, like flatulence, seems to be an unalienable discomfort. It appears as though it must be eventually endured no matter what.

Marginalization is a perceived class distinction, but little more; in the global sense, what’s usually considered marginalization is much more. It appears as though marginalization is a moniker itself, a name attached to various conditions to alter perceptions of it. Upward mobility in the latter-day Western World is possible for almost every social class within it, but those in other countries that are enduring sociopolitical and economic exploitation are not merely marginalized.

Reject your monikers; release your fetters. Each experience must be individually defined, as there’s little more misleading than a generalized definition. Ultimately the gas pump never dries up, just our perception of it… 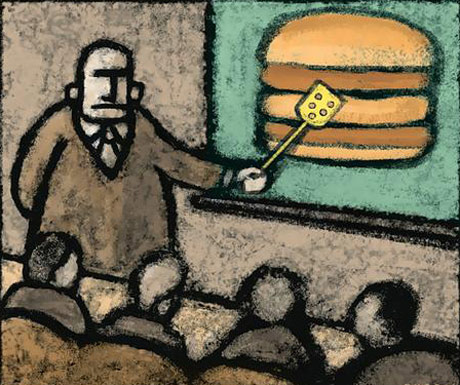