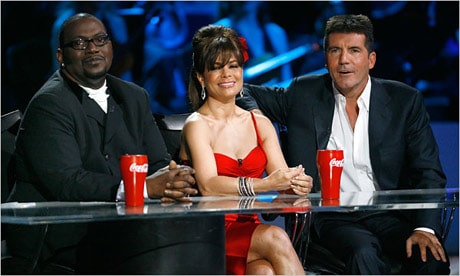 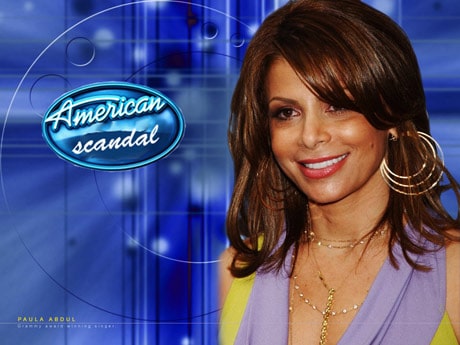 One would never assume, in a time of heavy recession with humanitarianism at a full blown high, that the New York Times’ most popular article of the much revered Arts section details Paula Abdul’s decision to quit American Idol. But, that’s only because such an assumption requires closer, might we say ‘more scandalous,’ prodding into the subject. American Idol may be the program most watched during America’s last five years of television, but more than that – it is a program primarily responsible for the oscillating tides of modern culture, a program which reflects our American society in every facet. Even in its politics. And the controversial reasons why a world famous judge with a seven figure salary finds dissatisfaction in her secondary position to her co-stars. After all, this is America, and we don’t hail applause for second place.

At 8:30 p.m. pacific time, the announcement made by Paula Abdul via Twitter surfaced: “With sadness in my heart, I’ve decided not to return to Idol.” For weeks, the public has heard whispers concerning Abdul’s insistence on snagging a raise and the negotiations proposed for her new contract. Finally, the rocky truth evident in the relationship between the one-time-pop-star turned panel host and the American Idol producers, reveals itself as an issue entangled with, of course, the root of all twisted situations: Money.

Abdul writes: “I’ll miss nurturing all the new talent, but most of all being part of a show that I helped from day one become an international phenomenon.” Abdul is right. She has been aboard the Idol boat since the day it set sail and broke free of the dock, adding her warm-hearted, maternal presence to the board of prickly Simon Cowell and jive talking Randy Jackson, becoming international phenomenons themselves. Why then, did the show enlist 38-year-old singer, songwriter Kara Dioguardi last season as a permanently put, fourth judge? Why the $2 million salary for Paula Abdul and the $45 million for Ryan Seacrest, the $100-$144 million for Simon Cowell? American Idol remains tight-lipped; and now, whereas Abdul once shepherded in young faces, cultivated new talent and assisted in ruthlessly conditioning ignorant, artistic amateurs to win, to win, to win – Abdul herself has lost.

As children, on sports teams, in classrooms, in arts programs, we are taught to win. There is no appeal to the bronze metal. What we want, what we are infatuated with and taunted by, is our burning desire to singularly conquer the world, gold placard and fat bank account in tow. American Idol teaches our children this today. My nine-year-old sister knows immediately which contestants can’t make the cut and which are destined for ‘the top.’ What American Idol does not teach us is who really owns The Top of The World. We have no idea either, but it’s where we all find ourselves headed – to richness, to power, to ‘being the best.’ Even Paula Abdul, who abdicates her responsibilities as guardian to fresh talent, because she would rather lose her current contract, placed lowly beneath her nine figure colleagues, than possess a contract equivalent to that much loathed bronze metal. It is the cowboy mentality that follows us, modernized by a world of constant stimulation, technological frivolity and the stamping of George Bush’s boots behind the podium ‘you’re in or you’re out’ – We find ourselves obsessed with outrunning all participants of the same race and refuse to settle even for a revered second.

And now, after years of dictating which youngsters possess the potential to singularly beat out all other contestants, Paula Abdul has herself fallen victim to the contagious Idol-mentality she helped to create. The show, which recycles fresh blooded bodies with newer, younger ones each season, which every few months bangs out a new icon for our world, which introduces its members to a realm of constant wealth and the right to find satisfaction only with first place, recycles its judges too. There is no American industry today free of such a merciless rat race.

With a country of people who accept poverty as long as they believe a vehicle exists for them to become rich and famous never mind the inconveniences of being poor and the destabilizing qualities at work to keep you poor these days we still entangle ourselves with the insatiable quest to manifest our dreams exactly as we dream them at five years old. Staring in the mirror that is and pretending to be Brad Pitt or anything else that is lush, fat free and famous…

We don’t dream of being Seth Rogen, the stand up comedian, though the man rakes in loads, reaches fame, lives the high life. We don’t even wan to be lawyers and doctors, and if we do it’s only so much that we can perhaps eventually become a celebrity lawyer or doctor- of which there are no shortage of floating on your TV screen…In essence we prefer and want to be Brad Pitt, Bradd Pitt that is performing surgery and standing up against ‘bad’ people in some courtroom drama.

Just as Paula Abdul prefers nine figures to seven – American Idol has taught us all how to congratulate ourselves, only when no one else in our peripheral possesses anything more enviable or better accomplished than we do, comes the new American scandal: The desire to have it all even at the expense of losing it all…. 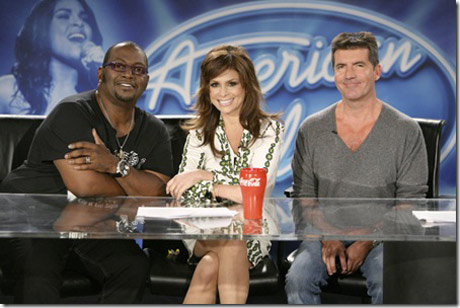