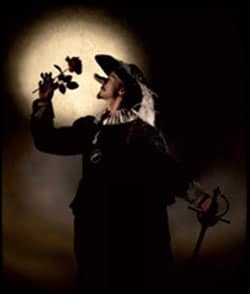 A live by live account of a young author in heat.

We’re always inspired by the talented and those creatures who call themselves artists, gutsy and plain banal, but in a glamorous way. That said we felt compelled to publish the letter of intent of one of our newest writers, who we think, nay, know is going to be in your face for the rest of your life and quite possibly challenging you to a duel if he ever gets around to it.

Ahh, the special effect details of young writers who are likely to become the next ‘literary rock star.’

“Nice meeting you the other night at Lucy’s. I was the drunken pirate who challenged you to a duel. And while you failed to show up, I realize that duels are conducted different in the 21st century, and that I in fact failed to send you a “Duel Inviatation” on Facebook. In that sense, I just wanted to reach out to you. I checked out your site, and it’s great. I really enjoyed it, and I wonder if it would be a good place for my “Cyrano de Bulgerac” Column. My friend who won the Penn Faulkner inspired me to write to her about women that I have met along this crazy journey. Sounds misogynistic and boring, but I really don’t know where I would be in this life without them. My days have been most entirely dictated by pussy, and pussy has taken me to the far reaches of the globe and back, to broke and wealth, but mostly on some great adventures while sleeping with some incredibly beautiful and famous members of the opposite sex. They are neither crude nor self indulgent. They are just honest accounts of who I am as a person, defined by the women I have met along the way.