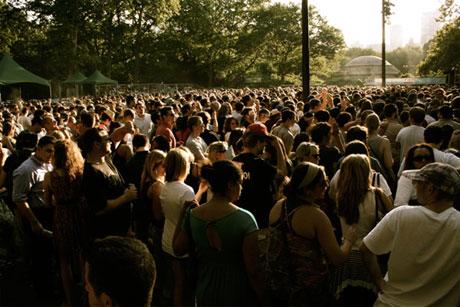 Leaving the Matisyahu concert, I walked through a bent and broken path of Central Park where an erstwhile businessman sold nitrous oxide balloons to suburban teenagers. This breathless, brainless masses sat on the park benches, oblivious to potential police presence, huffing and puffing and trying to blow the big buildings down. They were unconcerned with sleight of hand or the usual camoflauge of drug usage. They giggled and swirled. They kissed. They sat, laughing hyenas, maniacs in the moment, as free as if Timothy Leary had risen from the dead to become New York’s Police Commissioner.

And, they were unmolested. Although there were cops around, even some with shiny gold-plated buttons indicating some advanced rank, no one seemed to notice or mind the blatant drug binge. Park Rangers and Concert Security were far too pre-occupied with minorily molesting drunk minors with their frilly sun dresses and padded bras, to concern themselves with any other illegal activity. With a full moon illuminating Central Park West, the strange and the religious ruled.

Matisyahu took the stage to a park full of fools and pranksters already dancing. It was as if Jerry Garcia never died or Phish had never broken up. White boys with dreads and girls with veggie pies tripped the sunlight fantastic in unintended homage to the peace and love of the 1960s. But, this time, they had followers, fans and friends. This time, jocks bullied for position by the foot of the stage, stepping on the feet of religious Jews, more sophisticated older men and women and a few hip-hop heads and reggae massive dudes who hold lighters in the air and chant sounds as if they could chant down Babylon.

The night did not have the history of a Dead show nor the sheer mass of a Phish frenzy, but it did have the most eclectic and strange community to assemble. Maybe it was the salvation being offered out of Matis’s plaintiff singing – half Christian hymnal, half Cantorial bravado and all articulate in its sincerity that attracted them. Maybe the strange and diverse were a combination of all of us that needed a little saving. When Matis unveiled his surprise guests, there were drummers, rappers and guitarists. There was an amalgamation of people who make music, synching the beat between expression and creation but have yet to achieve the success he has. When he revealed his newest single, One Day, the hook was simple: One Day, there will be no more war. 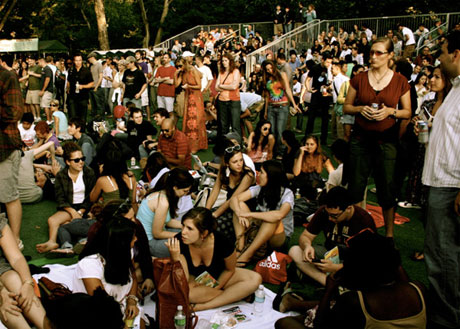 That day did not come. In fact, I am certain that if I had stayed long enough, some burly Babylonian policeman would have come by and crushed the hopes and balloons of the broken path community. I am certain that the old people went to work the next day and the young people argued with their parents about why they came home so late. But, in the night, in the largest moon possible, when we all sing for salvation, it feels like that new day is closer then ever. When Matisyahu performs, when he dances across the stage, free in his religious beliefs and musical power, we all believe in prayer. 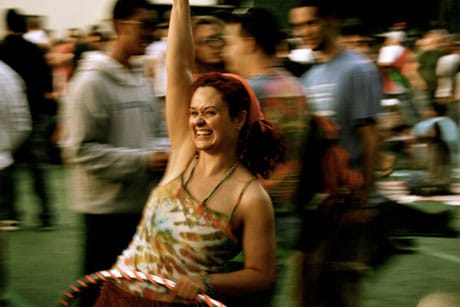