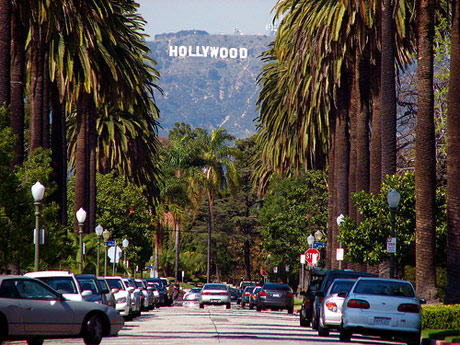 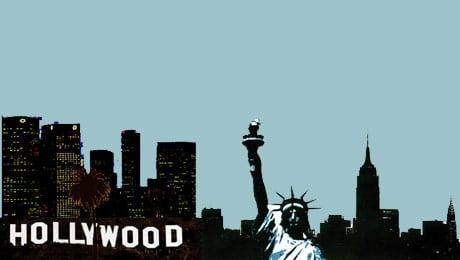 We’ve heard whispers of their legacies all our lives: The two, most powerful metropolitan centers in America, perched magnificently on each coast. The cities who have bred businesses, artist’s communities, fashion trends, culinary revolutions, nightclubs, luxury cinemas, corner cafes, architectural phenomenon’s, socialites, literary profundities, movie stars and more unrivaled by urban areas of the remaining forty eight states. These two parallel realms people either ruthlessly pitt against each other or cleverly pair up for life – Los Angeles and New York City.

Of course there’s San Francisco, with its vivacious arts centers, innovative poets, gay pride parades. There’s Chicago, who attracts multitudes of gaping tourists, whose theaters harbor power house performers. There’s Austin, ‘the live music capitol of the world.’ There’s Boston, there’s New Orleans, there’s Las Vegas; and still we deem two towns untouchable by all other American glories. The modern edges dazzling each end of our country, bursting with the heartbreaks and heroisms of life, Los Angeles and New York have captivated the world as two idyllic woman placed thousands of miles apart. Between them bends a vast landscape and any in search of sanctity from either goddess know the pain of crossing such a divide, a divide not only of time zones and mountain ranges, but of cultures, of mindsets, of lifestyles.

Yes, modern technology has eased the travel, but still, because these women cultivate polar opposites, because one beckons with voluptuous hips, endless lashes, lustrous hair, a full bosom – a Sophia Loren – while the other smiles through dreamy eyes, thin limbs, porcelain color bones, wasp-waisted and pixie-haired – an Audrey Hepburn – because they cannot co-exist but nourish dueling desires of our deepest kinds, ultimately one must choose.

You can split the year in half, maintain a Soho loft and Malibu house, utilize both business opportunities to your advantage, but  truthfully claim only one home. Yes, a man may have a mistress on which he depends for full satisfaction, but does he not also have a wife for need of comfort, children, growing old together? You must examine each woman. You may appreciate both as the best, the utmost fantastic of their species, but not without acknowledging their differences. To do so, is to miss entirely the act of appreciation; for it is in their unshared qualities that their individual magnificence thrives. You can stick your feet in both pools, splash around, doubly play. But for whom are you willing to drown?

I must now admit to my bias, my bursting truth, my poorly hidden secret, that I undoubtedly promise myself to New York; and, since I have decided to so soon confess this slant, I must also share what never surfaces on the streets of Manhattan, for the local drunks in Brooklyn bars, to the man at the deli who checks my I.D and remarks, “Oh, you came all the way from California for cigarettes?” – I was born and raised in Los Angeles. For these reasons – my hometown and my true heart’s town – I represent each individually and together, as a tag-team unit of American greatness; for I have loathed each city, loved each city, left each city and consistently returned to both.

To rightly fathom the ancient love affair posed between East and West, one must turn to the dust-ridden innards of history texts before fashion runways and subways. Concerning the East, you will think of immigrants, of ship’s docks, of industrialism, of skyscrapers, of Broadway, of taxis, of everything that contributed to the overcrowded city we currently know. For the West, you will muster cowboys, frontiers, open prairies, ocean, piers, stucco houses, swimming pools, of course, of course, of Hollywood.

The West has forever made a myth of itself as a land of opportunity. Even today, any ambitious actor interested in hitting the heights is told, ‘move to L.A,’ just as the men of yore set their sights on the West as a way to liberate themselves of oppressive confinement. Los Angeles carries this myth in its bones and reveals it today through flashing lights. Hundreds of folks who have been told ‘you should be a rock star’ or ‘you’re gorgeous, why not be model,’ and ‘there’s no way you won’t be a famous actress’ board Greyhound buses, strap their possessions to beat up cars, hitch rides and head West – all begging for the love and luck of L.A. When a New Yorker appears in Los Angeles, intense artistic training in tow, ‘ooohs’ and ‘aaahs’ erupt over the implications. The implications being – a surly street edge, an irresistible strength, a discipline for work, and, most times, an eclectic, well informed wardrobe.

When a native of Los Angeles makes the pilgrimage East to procure artistic cultivation of their craft instead of gnawing at the fame game of their hometown, every roughly carved, New York face, accustomed to spending years on tough streets, unfolds into smug, half-pitying smiles. The implications here being – you must be crazy to have left luxury for this hellhole, your delicate soul isn’t deserving of our hardships, you’ll never make it. Only the young models, fashion magazine writers and uptown wives appreciate the top notch wardrobe sported by Westerners. Other New Yorkers don’t give a shit. Even the hip, downtown kids consider you semi-old news.

In science classes of high school, we were taught that habitats influence a specimen’s developmental behavior through adaption of the climate, provisions and landscape of their dwelling. The same theory applies to the modern behavior of human beings on opposite coasts. In Los Angeles lives the beach and therefore – the beach vibe. When bringing my boyfriend, a diehard, native New Yorker, back home for Christmas, he expressed supreme amazement at the staple differences evident in the West coast lifestyle. “It’s December and everyone’s sitting on patios, having brunch, talking about business, wearing flip flops,” he gaped. This time of year in New York, all pedestrians have huddled together or holed up, burying themselves in their work. At a constant seventy-five degrees, Los Angeles does not require a change in lifestyle, because it grants no change in season. The weather permits people a feeling of constant comfort, temperateness and time to do whatever they need, just as the weather is responsible for the atmosphere of New York winter, the busyness, the hustle-bustle, the packed cafes. Every New Yorker, rich or poor, is forced to bear the spiteful winter. As Jack Kerouac said, “New york gets awful cold in the winter but there’s a feeling of wacky comradeship somewhere in some streets.”

Kerouac gives us the second staple difference – The streets. Los Angeles is a land of space, the houses are built length-wise, the outdoor recreation areas span wide roads, people are capable of relaxing in their homes as though on islands removed from humanity. In New York, we occupy closets without gates and gardens, with drunkards’ moans echoing past our fire escapes, and we have no space – but we have the streets. New Yorkers are forced to the streets for everything. Both the wealthy and poor must travel the same roads, often ride the same subways, frequent the same parks, because no compartmentalized escapes exist.

One is constantly bombarded by the realities of life in New York City. On the same street walks a model, a homeless man, an elderly couple, a hooker, a college kid, a raving artist. In Los Angeles, one can scuttle to the protective confines of one’s automobile and peer out at the world from a steel bubble, isolated, superior to the streets below. In New York, we are the streets.

From the isolated security of separate living spaces and transportation devices in Los Angeles, comes the West coast elitism, which often manifests itself in locals as a sense of ‘immortality.’ Here, people are not forced to observe the homeless man, the raving artist, the elderly couple, if they do not wish it. They have an option of evading the harshness of life and therefore witness only what is deemed worthy of witnessing – feeling they are not subject to unprecedented fate. The beach vibe does not only condone luxury and privilege, but inadvertently contributes to an attitude of supreme importance. Kerouac also said: “I loved the way she said ‘LA’; I love the way everybody says “LA” on the the Coast; it’s their one and only golden town when all is said and done.”

LA and NY are not only women who conquer the rest of their kind, they are sibling women separated at birth and raised by vastly different families. They promote similar genetic inevitabilities – booming business, high end fashion, upcoming artistry, magazine industry, artists’ havens (and hells) – but the way in which they physically come to life cannot, in truth, be compared. On a Saturday night in New York, you run to Union square in soiled sneakers, high heels in your purse, and swap them just before exiting the subway. You ride an underground train, emerge in an area earth-shatteringly different from whence you came, though it’s only twenty blocks away. The patrons of the party attended will be as beautiful, as charming, as current as the specimens in the West, the liquor as fine, the photographers as plentiful. But, in Los Angeles on Saturday night, you need no sneakers or jacket for travel – you have the heat and comfort of your car. You drive along wide roads whose changing districts are signified only by a fluctuation in lighted, storefront windows and street signs. You do not wait on the delayed train. You do not blister your feet by walking. It is a much more purely glamorous, undisturbed existence and accounts for the scoffing deli man who thinks I’m insane to have left it all.

Ultimately one must choose. I personally splendor in the scattered archetypes littering my street corner, which others find distasteful and intrusive. I find the sudden change in weather a constant reminder that human beings are not in control, which some find unnecessarily difficult. I find the winter a time for my best work, a time when others experience boredom and steep depression. I have no space, but I have the park, the park where I met my boyfriend – which would never have happened in L.A. It is not just the choice of a city. It is choosing a way of life.

The choice, then, becomes as detailed an act as choosing a bride. You want to choose not only the chick whose eyes and bosom allure, but the full-fledged goddess whom you desire most and worship through even the worst of times. The one you will forgive after many moments being wronged, who will forgive you after many months unappreciated. The one who makes you weep for truth of waking world, who makes you writhe, who makes you laugh. But always, and most importantly, the woman who enables a life you love.