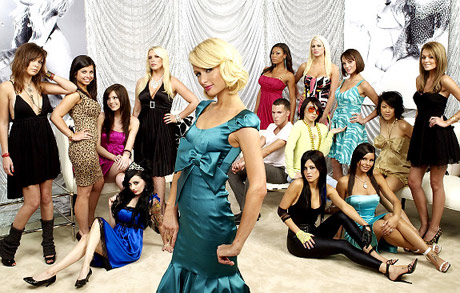 Famed philosopher Guy Debord wrote on the Society of the Spectacle, the point at which meaning falls victim to bullshit. It is, in simpler terms, all pomp without circumstance. In this world, the symbolism of an object, the theatre of the item, is dominant to its actual purpose or meaning. Consider the example of Christmas, which is, currently, far more about hung stockings and dramatic representations of a chilled, hiritstute obese slave-driver then about the any religious purpose. One can only wonder what Mr. Debord might have to say, then, about the internet and the various methods for meaningless expressions that it introduces.

Attempting to live up to the towering journalistic standards of this magazine, I began researching this article naked, drunk, and using a laptop that had been… um liberated from a neighbor’s unlocked apartment. Said neighbor is currently blowing my roommate. Said roommate’s girlfriend is on a date with a married ex-boyfriend of hers from her High School. All this I deduced using my probing investigatory journalism techniques during a time of while I was…um…liberating her computer. Believe it or not, her password is cocainekitty. Viva la electronica!

As the entirety of the Library of Congress’s book collection is now online, it seems justified that all other media in similar format is equal to the same level of credibility. As such, sites as formerly despised as www.drunkenstepfather.com, www.textsfromlastnight.com and www.wwtdd.com are now tantamount to Shakespeare, Chaucer, Debord, Woodward, Bernstein and Deep Throat. So, it is my privilege and duty to write about them, to relate to them as sources, to create an intense sociological determination based on their inflated numbers of daily hit counts. It is not, however, in my job description to describe these sites to you. So…pick up a friend’s computer and start surfing.

What I have super-sleuthed out of this pus-filled electronic hole of personal debasement and barely concealed pedophilic rape fantasies, (if that doesn’t make you wanna jump on the old T-1 express to these sites, I don’t know what does) is that we are all way more fucked up then we give ourselves credit for. What the beat poets started as a sense of self-literalism and personal honesty has devolved with our standards into a race to the most base and discouraging within our nature.

But, something is terribly amiss when these shows increase exponentially each season with no effort to find willing participants. The Beat Poets spoke about themselves as examples for the greater good. They provided the meaning that Guy Debord was searching for. These revelations were raw, honest, sometimes faulty, but always indicated a striving upwards. And, they were made by writers, artists and others wit a purpose. Today, those that bare themselves do so for less noble reasons. And, as describd by the continued advance of reality programming, with far more frequency.

At a certain point, the line that divides audience and performer grows too thin to be of import. Nowhere is that line more anorexic then on the websites mentioned above. All of them, and countless others, create a community of ne’er do wells, thugs and perverts who share their perversions with the world at large. Most notably, Texts from Last Night is a constantly updated recounting of drug and alcohol-fueled misbhehavior. The site is basically open-sourced petty criminal activity. At once, we are all audience and participant and none of us artistic with ourselves or our revelations.

Guy Debord would consider this an amalgamation of Society and Spectacle. We are living the moment when meaningless laps itself to create another, far sadder, truth. The truth is, that our society is very much participatory in its own rapid degradation.