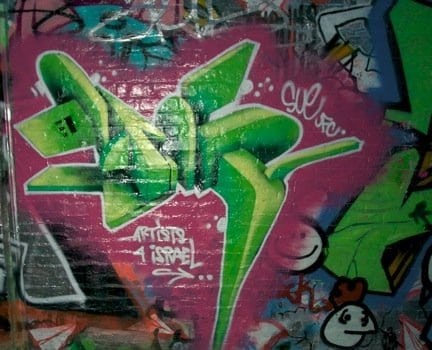 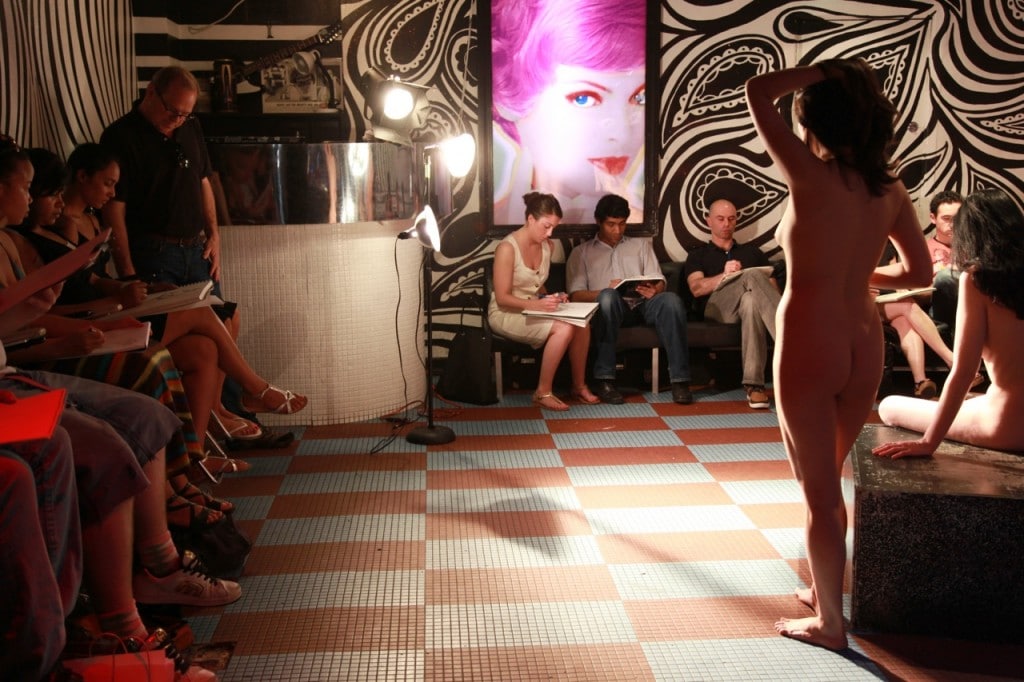 One of the most scandalous articles published on this site concerned (S)kin, a monthly, meaningful life drawing class hosted by Artists 4 Israel. The piece created some powerful back and forth in the comments field as well as a number of letters to the editor. Upon further investigation, it seems that Artists 4 Israel and its President, Craig Dershowitz, are not new to such controversy. I took the opportunity to speak with Craig about the organization, its goals and whether it plans to stay out of trouble any time soon.

Robert Fisherman: You have a rather daring approach to Israeli Advocacy.

RF: Many would not associate naked models with advocacy of any sort, much less not with Jewish or Israeli advocacy.

CD: First off, we are not a “Jewish” organization. In fact, a majority of our small but dynamic membership prays to a number of other G-ds. Or, for that matter, none at all. We’re a bunch of heathens and atheists. Actually, we are looking for a Rastafarian. One of our members has dreads, but I’m fairly certain that is fashion thing.

RF: So, an Israeli advocacy organization is run by non-believers?

CD: Not entirely true. We are non-believers based on traditional definitions of other Israeli advocacy groups. Which is ironic, since a large segment of Israel’s population would probably classify themselves as non-believers. Even then, we have many who are traditional. Tara Gordon and Seth Wolfson, who are VPs, are both proud, practicing Jews and Alicia Post, our Director of Public Relations has songs written about her in Murray Hill.

CD: Yeah, that is exactly the type of undercover bullshit we are trying to fight against.

RF: What do you mean?

RF: How do you plan to change such ingrained stereotypes?

CD: We empower artists to unite their moral beliefs and their creative beliefs. We provide artists with a forum and an energy to express accurate portrayals of the people, accomplishments, joys, nuances and hopes of Israel.

RF: Have you found that there are many artists who share those positive sentiments?

RF: I find that hard to believe. The common understanding is that artists are liberal and that liberals do not support Israel.

CD: More undercover bullshit we are fighting against. It is ridiculous that any liberal not support Israel. Consider any topic on the liberal brain, from gay rights to the environment, and Israel far surpasses her Arab neighbors in protection and promotion of those rights. Israel is very much, “a light onto the nations” in many liberal regards.

RF: Whether that is true or not, doesn’t mean artists know those truths.

CD: We have never had a lack for artists. Our inaugural event, called Bombing for Israel featured over 20 New York graffiti and street artists who created customized pieces for the show. We had to turn down contributors because the gallery wasn’t big enough to accommodate everyone who wanted to participate.

RF: I’ve heard criticisms that that event was not “kosher” enough.

CD: Well, when you have 20 graffiti artists in one room, chances are the “pigs” are going to follow.