Patience is not often used to describe the panting excesses and greatness of a once prevalent, now rarely glimpsed true New York party. But, patience is its most discerning element. The line to enter was long but quick. All the giraffes in buttoned-up collars and Jewish hair and all the gazelles, in large-framed, lesbian-aunt glasses and those Johny Depp accessories stood, waiting. Patiently. A courteous woman checked a sheet. A kind man opened a rope. There is no need to check a dress code when the best is assumed. There is no need to gallop, tugging at your lead, when the grazing field is plentiful. Had there not been a line at the open bar, I would have no complaints. Such long necks may require lots of hydration, but a giraffe can drink anywhere he wants.

Parties should be judged solely on the basis of how well the crowd ignores an open bar. Period.

This was the sort of party where large amounts of black women attend but the only black men are gay, or working. And the only gay men are straight and the only straight men are like black women, alert and fearless.

The short dude should have handed out magazines. Or peeped up a mini-skirt. Or somehow made himself useful. There were no Dossiers anywhere to be found. Even they understood my rule of patience. The lifestyle consideration in magazine promotion is overwrought and challenging. Like an eco-system, or a zoo. But, with so many giraffes, why not attempt the impossible? 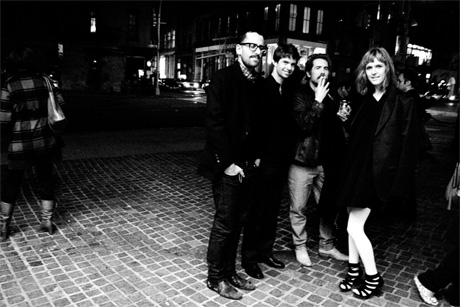 Why Did Rolex Become The World’s Biggest Watch Brand?