After a quick peek into the Sarah Bernhardt closet where she was once rumored to have spent several hours with a certain man of government position (certainly Sarah was an early Scallywag member and provocateur), we descended the staircase.

With the portraiture eyes of Laurence Olivier, Katharine Hepburn, and Shakespeare gazing auspiciously down upon me, I felt the passion of Dead Poets Society and a haunted chill trembled along my spine. 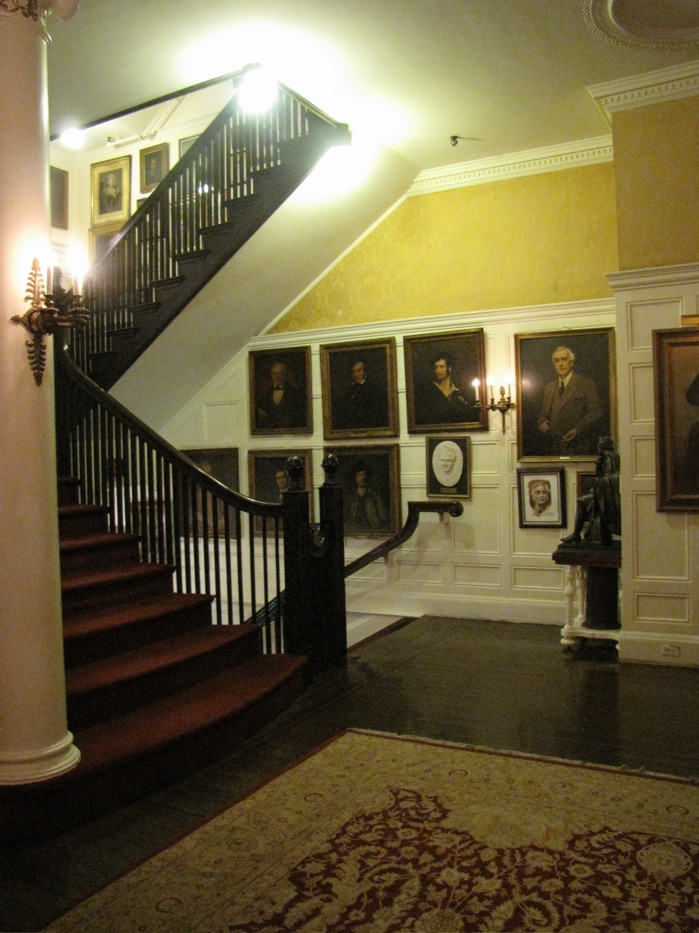 A flash of silver brought me back. Another chicken on a stick? Yes, I won’t mind if I do, and how handsome the server, an aspiring actor no doubt…

The remainder of the evening was held in the Dining Room with entrancing performances and monologues on an intimate stage with a backdrop of endless mahogany paneling. During one brief intermission, I heard hushed whispers of Frank Sinatra’s former performances. To my right a young starlet perched in front of a portrait of Helen Hayes, the first female admitted to the Club in 1989 on Shakespeare’s birthday. The lights played a soft tune bringing her into the likeliness of a living John Singer Sargent.

An unfolding of monologues, a lesson in the Meisner technique, and a roasting of James Price brought the evening to full fruition.

Close to midnight, we bid the portraits and candelabras adieu and swiftly departed into the night. I glanced into the rustling foliage of Gramercy Park, briefly expected the haunted horseman of Sleepy Hollow to come charging forth, and listened as the Meisner lesson echoed…

“Acting is to live truthfully under imaginary circumstances. 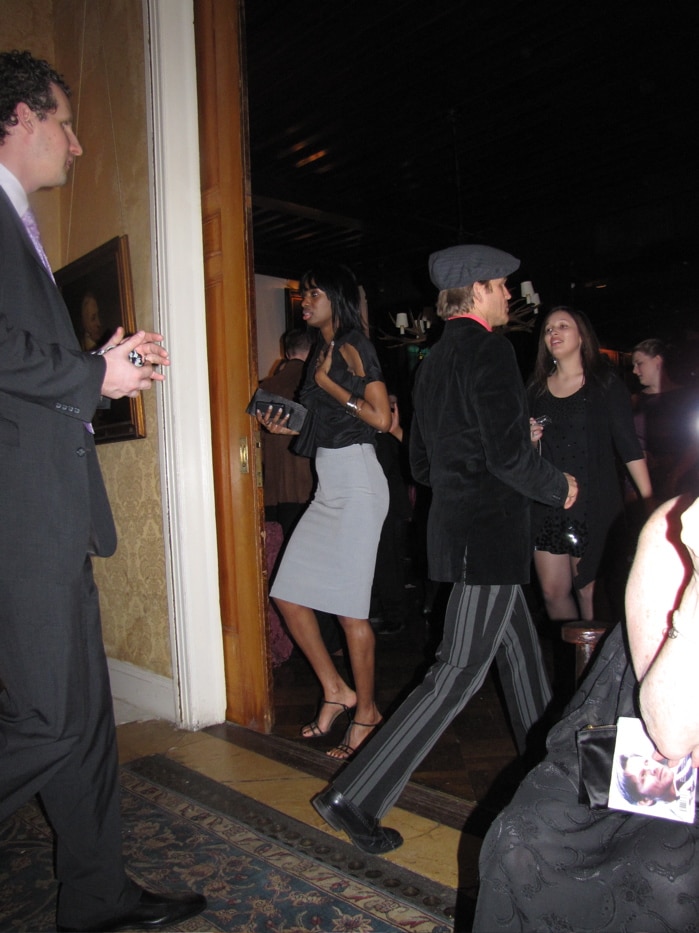