SCV: They say everyone harbors a secret hatred for the prettiest girl in the room. Do
models have a harder time with life?

JJ: Yes and No. You have girls who are beautiful and things are just given to them and the door’s open wide open and then you have those girls who are so beautiful but they’re the loneliest girl in the room because people are afraid to talk to them. You’d think they’d have a boyfriend or 10 and they have none.

SCV: Is their life harder than an ugly girl’s?

JJ: You must know If there’s a beautiful girl over there, and a beautiful boy walks in, and he has the choice between two girls, you know which one he’s going to pick.

SCV: So you think it’s harder for the ugly girl.

JJ: I wouldn’t call her ugly though. Civilian.

SCV: Should a girl rather be ugly with a great bod or beautiful and a little fat?

JJ (Laughs, then pauses for a good 30 seconds): Will you please repeat that for me? I feel like I’m being set up.

SCV: You’re not. We’re aiming at the truth.

SCV: That’s what makes it so exquisite.

JJ: It depends on how fat.

JJ: It also depends on how ugly. There are a lot of girls who are not so great looking who have amazing bodies. When you go to the beach, you go wow. Look at that body. But I love women who are bigger than a size 6 too.

SCV: Does the female beauty for male money paradigm ever disturb you?

JJ: No. It happens all the time. You see rock stars dating models. I know actors who walk into an agency and have castings. You can’t let it bug you, what’s the point. If you are someone and you reach a certain point and you haven’t found someone in your life and you have to have a casting to do it, it’s crazy. But women are very powerful in their own way.  And they use it well. You don’t have to be a model to do that. There’ve been wars fought over women.  It goes all the way back.

SCV: The modeling industry is largely a glorification of women. But can it do anything for women as a whole except perpetuate insecurity?

JJ: I think it opens a lot of doors for women. You might be modeling today but down the road you might want to do some financing and you run into a guy from a hedge fund company and they might want to take you on. 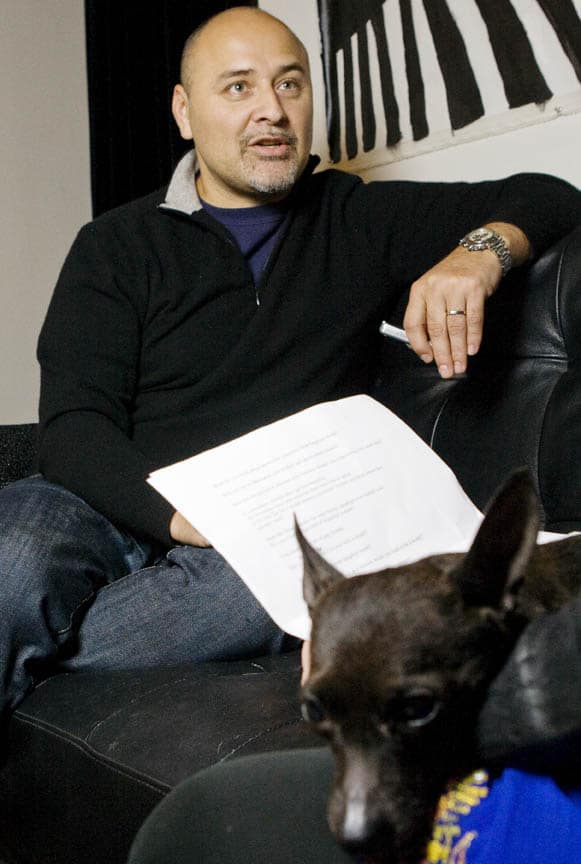 SCV: But what about the people who aren’t models? What does it do for them other than perpetuate insecurity?

JJ: I don’t know that it perpetuates insecurity. I think that’s something within the woman herself. If you’re insecure, you’re insecure. I’m not the most handsome guy in the world but I feel good about myself. If you’re gonna let that beautiful girl on the cover of W magazine make you feel insecure then you have a problem.

SCV: It’s easy to mistake outer beauty for inward serenity. Is there darkness behind all that shiny glory?

JJ: If you allow yourself to get caught up, it might be too late to get out. I’ve seen young girls get taken advantage of, our business is run by adults, you can get yourself into very dark places.

SCV: Do you think our society’s glorification of youth only exemplifies its fear of death?