SCV: I’m not the one making the rules. I’m just examining them.

JJ: Well if you look on the magazines, a lot of these girls, the reason that they’re so young, is because their skin is tight and it’s less retouching. That’s all I can say about that.

SCV: Is beauty simply defined as whatever’s most unattainable in that time? For instance, is thinness in a surplus glorified and does that shift to curvier women in hungry times?

JJ: Look at all the plastic surgeons who are making tons of money. Why does every girl have to run down the street and get a pair of boobs. Or liposuction or whatever.

JJ: No. I’d come back as a really hot, intelligent sophisticated woman, but not necessarily a model. I might want to be a fashion photographer.

SCV: A lot of today’s models are striking for their alien qualities. Eyes set very far apart, tiny faces, impossibly small noses. Has the industry become a bit of a freak show?

JJ: I call it the modern alien.  I think that we’re trying to give a diversity of everything that’s out there. We don’t want the same blonde-haired, blue-eyed girl. There’s loads of those commercial looking girls. I love girls with the gap between their teeth. I just wish there were more ethnic women. Right now it’s just run by Caucasian woman.

JJ: High cheekbones. The Eastern bloc women, they have less preservatives in their food. We’re always eating. The girls that I’m finding in America, they’re great when they’re 15 years old but by the time they’re 18 years old, their 34 inches have now turned to 37. Or they want to be cheerleaders, or they’re now playing soccer. The Russian girls, they’re not doing cheer camp down the street. They’re born-and-bred models. It’s amazing what’s come out of there.

SCV: Why are we so fascinated with models and shows about models?

JJ: It’s the TV. It makes them laugh. Some people take it too seriously. This is way overboard. Why does every little girl want to be a model? Why does every parent want their child to be in a magazine? They’re fixated on it. You know the people in Europe don’t care about stuff like that. But in America, it’s all about Hollywood and being in the magazines and are you on TV? It’s horrifying.

SCV: How has the recession affected your business doings? Are you narrowing your talent pool?

JJ: Totally. Everyone is. When I find a girl, I advance her plane ticket to come to NY. I’m not as willing to do so as much as I used to. I’ve put a budget on myself this year.

SCV: In a downturn, models don’t get less beautiful, but the banker boys who entertain them have less to spend. Is life less fun for a model during a recession? Is there anyone to whom they can they turn?

JJ: It depends on the girl. There are some girls making their own money. They don’t need money. Models make 10-15,000 dollars a day. The whole point is to be independent, have their own money. I don’t know, is every girl looking for someone to take care of them? I know there are girls who go out there looking for that dream man and that dream family.

SCV: How has the industry changed since you’ve been in it?

JJ: Wow. Let me tell you, when I first started in Paris we used to Fedex packages of girls back and forth and we would send Telex. It would take us 12 minutes or so to see one picture. What the internet has brought today is amazing, because we find girls where we never would before. Girls find me actually. I’ve got girls contacting me from Lithuania, the Ukraine, Sao Palo, and people in little villages, they have access to internet now. They can go and upload their pictures, and send them to you. It’s crazy.

SCV: Who are some of the girls you currently manage?

JJ: I started this company recently, Management First (spelled Mgmt First) it’s a scouting managing company. I find my talent, I take them to New York, find them agents and then we co-manage them. That guy over there, Ryan Kennedy, is the new Louis Vuitton model, he did every top show in Paris, Milan, London. I placed him with Wilehelmina. Years ago he was bagging groceries. It was a big change in his life because he wasn’t sure he wanted to give up doing what he was doing for the steady paycheck, as opposed to coming here and roughing it; it’s never easy in the beginning. I also have a handful of about 35 girls and we’re just waiting for them to break. I can’t tell you their names at this point. You’ll see. They’re coming.

SCV: What’s your vision for your business going forward?

JJ: I’m doing this worldwide model search and I’m trying to find a girl, if I can make her dream come true and bring her to America, the one who needs it, from the slums of the Ukraine, as opposed to one from a well-off family, it would be great.  I’d like them to be a little older, so they don’t get caught up like the younger girls. But by younger I mean 18 or 20. 23’s too old. 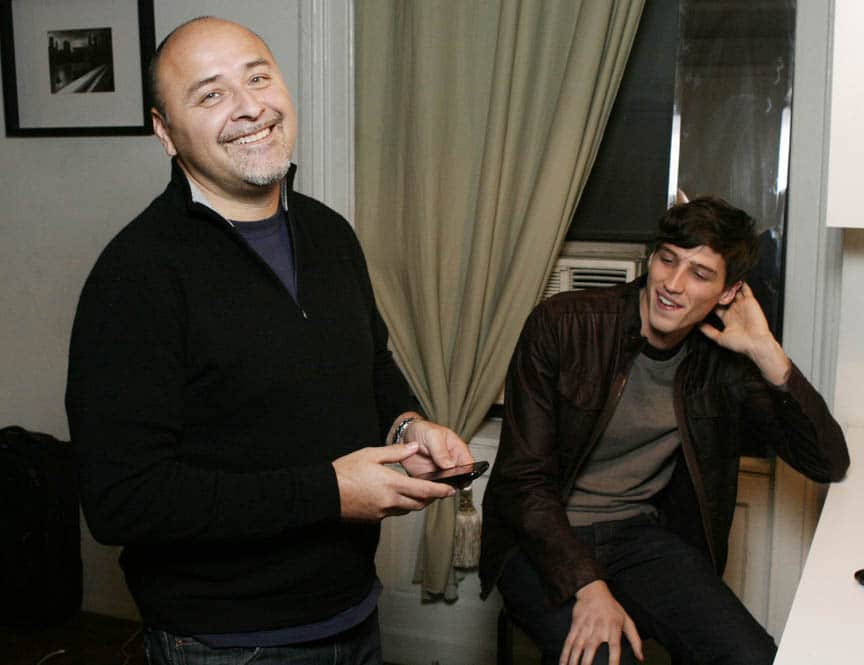