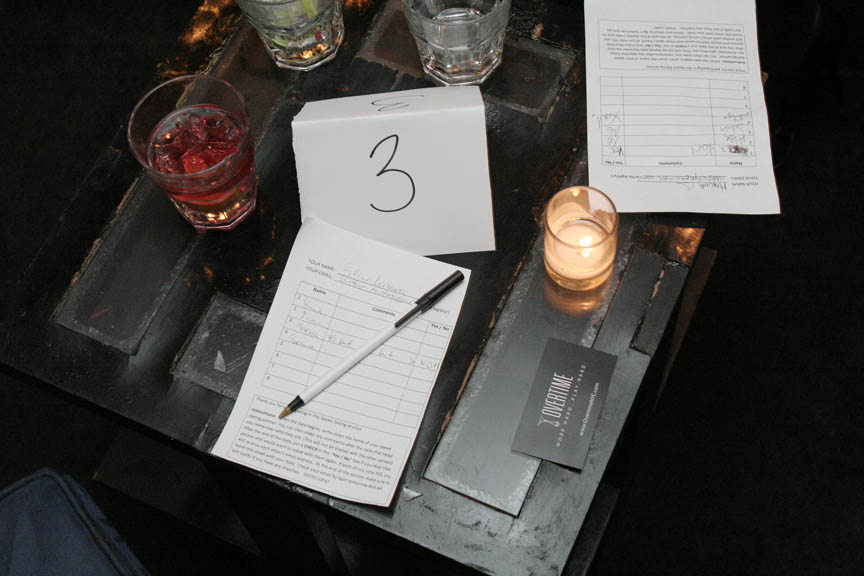 My uncle Nikolai has been building castles in the sky around the idea of me marrying a traditional Russian girl since my immaculate and flawless birth in 1982. He’s come to my parents’ house with pierogi s’mockum and ginger ale since I turned twelve to foster a closer family – but all the while his real intentions were to bribe me with sweets and build a romanticized version of the liberal world around Pushkin and Tolstoy.

I don’t blame him for my love of Byron and Lermontov, but if he could see now the current state of contemporary Russian romance, well… he’d likely demand the maitre d’ bring him a handful of Stolichnaya tonics and a pack of Dunhill’s, then peruse the walls for the most alert gazelle.

And thus, I found my uncle’s shoes fitting quite well at this past Thursday’s speed-dating session at 49 Grove.

Hosted by (amongst other silent principals) Ilya Zatulovskiy, Overtime is a forum for young professionals to gather after a hard day’s work and booze the night away. The open vodka bar lasts from 7:30 to 9:00, and absolutely suffices as an impeccable warm up for any insatiable alcoholic such as myself – which is fantastic. 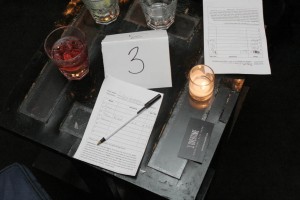 So, as I was surrounded by wall-to-wall miniskirts and musky cologne, I began to wonder why such attractive people needed to be herded in order to meet, but after three vodka tonics I questioned how it could be any other way. I mingled, drank, and digressed into a rare and blooming bachelor my uncle would admire – and before I knew it, I was in the speed-dating room chatting away with my third date in 12 minutes.

The odd part is that I was supposed to be undercover for the assignment, but my photographer (as well as Ilya), kept circling my dates taking pictures – which somewhat created a cumbersome environment for interesting confabulations. But nonetheless, the experience was still quite intriguing.

When I was done with the high paced encounters, I asked a few people around the bar their impressions of the evening.

SCV: So how has the night been going for you guys?

Drunk Guy 1: I’m mesmerized by the beauty of this perfect girl sitting over there by the bar. Her jeans are fitting so tight…

DG1: Are you kidding me? I haven’t seen an ass like that since five minutes ago in the bathroom. (Laughing)

SCV: In the men’s bathroom? (Laughing) You’re the new William Blake I swear. Well how about your buddy. What’s your night like?

Drunk Guy 2: I just got out of the speed dating session. It was hilarious. I don’t know, I’m just so bored with normal dating so I’ve been experimenting with some variety.

DG2: I took a girl on a surprise bunjee jumping date upstate – she refused to jump though – a major disappointment. Umm… last week I went to an indoor pool dating thing. It was like transparent speed dating that really cut to the chase.

SCV: Where was that?

DG2: It was in the Upper West Side, but I’m sworn to secrecy.

SCV: Oh come on you can’t tease me with such gems.

DG2: So it’s called the Waterman’s Club. You can’t find it and have to be invited by a member.

SCV: So yeah how about an invite?

DG2: (Laughing) I tell you what, give me your email. Maybe we can work something out.

SCV: Of course we can. Excellent. You’re my new best friend. I’m going to talk to some girls now, but you’re the bees knees.

SCV: Hey gals. How are you two bijous doing?

Gals: How about you put down that note pad and come dance…?