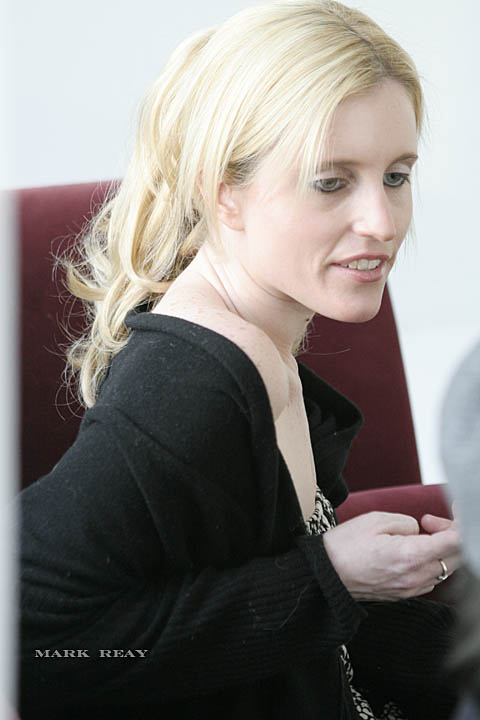 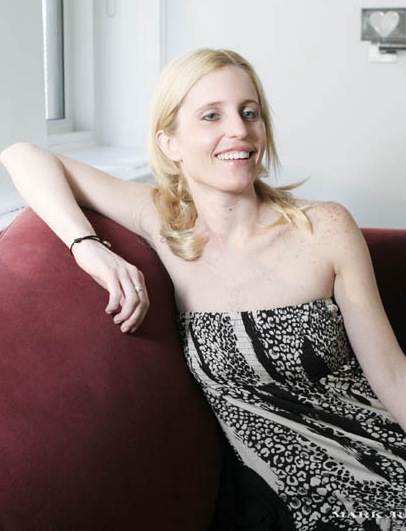 We here at Scallywag and Vagabond have been discerning a very interesting trend lately. That of young women ‘acting’ either like young brats (or maybe just being one in real life), with social access to the right clubs, venues, cheek bones, and a very willing audience, via Facebook, promoters, twitter and or just word of Park avenue mouth and voila- a sultry, telegenic vixen is born, ready to break loose and stir those tv ratings. Meet the girl who’s been through it all before, couldn’t care less, but is happy to be redeemed. You’ll see later tonight when you switch on MTV (9p.m),Feb 9.

The first thing Jen Marden tells me is that she’s not a reality Tv type of person. To be frank, I have never been sure what exactly qualifies one as being a ‘reality’ tv type of person. The thing of course is everywhere you look on Tv, it seems everyone is in on it- be it, they are starring in it, have starred in it already, are about to star in it, or finalizing deals. Either way, one isn’t fully sugar coated and primed for tv anymore unless they have been through the reality TV ritual.

So there I am sitting across the lovely Jen Marden when she looks at me with her big blue earnest eyes and tells me for the second time, “I am not a reality Tv type of person.”

But if not Jen who possibly then? The look on my face retorts.

Her heavy blinking suggests, “I may be one on the surface, but in reality (pun) I couldn’t care less.”

Jen: To be honest, I come from all these things; I really didn’t need to do this. I mean if I want to be famous, my dad is a Hollywood director and producer, it wouldn’t be that hard…

SCV: Nevertheless you have accepted the money, and fame?

Jen: Well sure, it kind of comes with the territory when you do a reality show for MTV. But that wasn’t the draw. I was looking to see what I could see beyond myself. See what it would be like to play the stereotype that I have perfected of myself on TV.

SCV: So what was the pay off?

Jen: I found I didn’t really like it in the end, and that’s not to say I know how the producers have ended up editing the final version which I have yet to see but on a personal level I lived it on camera and now I’m kinda done with it.

SCV: You mean for now, this season, next season, or forever?

Jen: Well there won’t be another season for me, well except for promotions and interviews that I am obliged to do. I think I’m reformed. I mean come 11 pm it’s bedtime for me, I just can’t be bothered. I’m just happy to be me now.

SCV: So I’m curious. What role did you play exactly and why we’re you asked to play it? 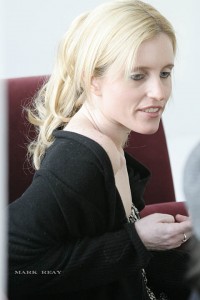 Jen: Ha- I got to play the girl everyone loves to hate. See the thing with me I kind of have this (excuse me had) this reputation of being a real party girl bitch. I’d been going out since I was fourteen, getting loaded, being a real snoot, mean, bitchy, yelling at everyone, telling off doormen, making sure I was always getting bottle service.

SCV: It all sounds very enviable. How old are you now?

SCV: Why do people subscribe to reality tv? I mean isn’t it a kind of oxymoron, after all it’s all scripted right?

Jen: That’s not for me to say. One my contract precludes me from saying anything on this matter, but secondly I think it’s all a personal experience. What’s real for me may not be real for you and what’s not real for me could be very real for you.

SCV: Fair enough, but reality TV to a large degree is about engendering fame. Why do you think people are so hung about fame?

Jen: Well, first let me tell you fame is not real. The reason why people want to be famous is all warped and they may think if they get some media exposure then they are going to be loved and admired and the like but the truth is you can have all the media exposure you want- it doesn’t mean you’re suddenly going to be the happiest person in the world. You still have got to deal with yourself, it don’t matter if more people know your name, you drive a fancier car, you still got to deal with yourself.

SCV: How responsible is the media in engendering the idea that fame is vital, that you’re almost a nobody if you don’t have it?

Jen: Oh, I think they are totally complicit. It’s how they suck you in. They’re always trying to turn everything into a fantasy. I mean how can they say Jessica Simpson is fat or something when in reality compared to the rest of the country she’s in great shape. The media tries to hold you to unrealistic realities, and you may think great I’m going to be famous, but there’s a price to pay for all this fame.

SCV: What price have you paid?

Jen: I’ve had to deal with the idea that I wasn’t good enough if I didn’t look this way, and that would affect my self image. I’d go through bouts of eating disorders just to look super skinny, cause that’s what I thought I was suppose to look like. That I wouldn’t be acceptable if I didn’t conform to these societal images, expectations.

SCV: Talking of party girls, what do you think of the media’s infatuation with young women?

Jen: I think it’s intrusive. I think these girls should be allowed their innocence. What sense does it make having a fifteen- year old Miley Cyrus walking around half naked on some magazine cover. It’s kind of exploitative.

SCV: That being the case, why do so many young girls crave all the media attention, of becoming their own super star?

Jen: It’s because it’s continuously thrown in their face, they’re inundated, told continuously what perfect looks like, and told in a round a bout way that they are not loveable or desirable if they don’t conform to this image. The irony of course is even if fame comes, it’s not real, it’s just fleeting. You still have to contend with you.

Jen: Well, who was it that said the ‘tragedy of life is not that it ends so soon but we wait so long to begin it?”

SCV: Kurt Vonnegut. So the show is called – “Girls of Hedsor Hall.” And it’s the first season?

Jen: Actually it’s the fourth, it’s all shot in London. With an American slant.

SCV: Not more of a Jen Marden slant?

Jen: What the new or old version?

SCV: You tell us?