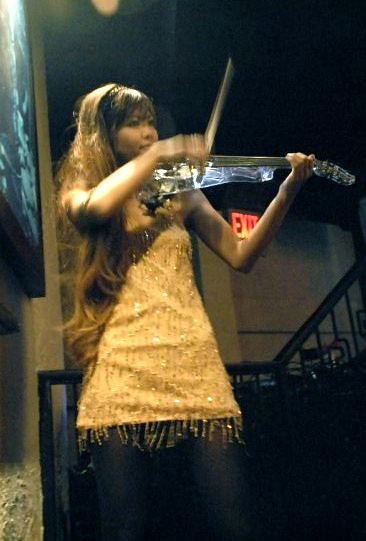 We here at Scallywag and Vagabond have been inspired, nay, seduced by the candor of slinky femme fatales, exfoliated cheek bones, sashaying disco beats and the allure of a porcelain crowd that does it’s best to imitate a Vogue cover shoot or at the very least a summer warm up on some Aegean island. Walking into the Koch brother’s fete a fete this past Saturday afternoon was like trying to retain composure without having your mouth drop… 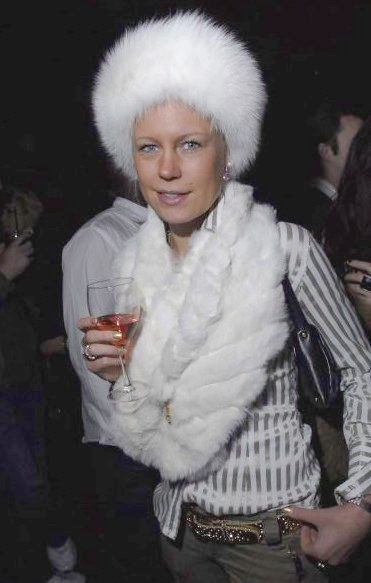 We’re standing in a makeshift movie set that’s called Mercato 55, starring the super slinky and Euro jet set that have come of late to make this prodigious location the preferred site of their Saturday musings, languid glamour and afternoon transgressions. The celebrated directors calling the shots, the Emmy award winning duo of Daniel and Derrick Koch are there too, scouting, directing, illuminating and goading the whirlwind of talent that has happened upon the door. To my left are all the extras running around with the starlets gastronomical desires, seating them at tables, picking up the broken glasses and to my right are the boom boxes emanating from the dj booth, throbbing and vacillating the preferred disco beats to this heady crowd.

Close your eyes for a minute and you think you’re at some hacienda in a downtown European seaport, the smell of citron and ‘Channel 55′ wafting around you and the shackling of leather shoes chaffing and grinding on the velvet chairs that the crowd is standing on. Open your eyes and you begin to notice the heavy white flakes that make a blizzard feel natural on a winter day and a weird anomaly in this interior hotbed. You think about it for minute, but another glass of bellini soon dulls all those thoughts. 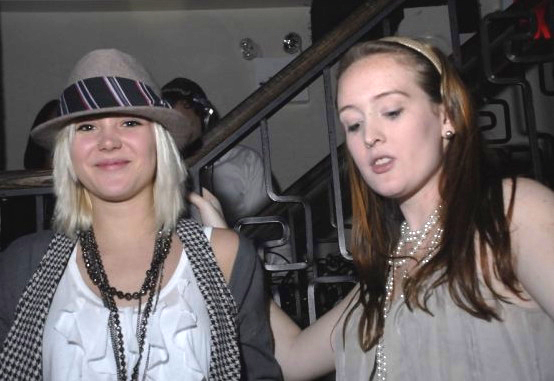 You shuffle somewhere towards the middle, nay sashay, and rub your Balenciaga pouch against the burgeoning citron fragrance, pump your fist in the air, slide your halter top an inch or two down (and even more as the afternoon wears on), graze your lips against the imaginary European shoreline and make out with the drum beat and the vodka in your hand.

There’s a song in the back of my mind that goes “We’re the youth of America,” but in reality I think the song they’re playing here is called “We’re the European youth in America.” Never mind you find yourself thinking, those accents are seductive and just the excuse you need to slide your posterior to some other kindred posterior…if inclined.

And you’re standing here and the disco beat, the girl with the electric violin maestro knocking you about, the sexy sweat glands very much yours, but really very much part of the larger collective in the room that has begun to dangerously gyrate to never ever land. It’s only 5pm and you think you’re in some dank club somewhere off the Champs d’Elysee, or the backroom of Pascha in Ibitha, but that’s a joke, you’re in Danny and Derrrick’s boudoir and without you knowing it, these two are making wild bountiful love with you, and you’re just standing there with your legs wide open wondering if there’s more.

It’s six o’clock, and the Balenciaga handbags are swinging wildly, extensions of pummeled fists, the dj an extension of a Mediterranean heat wave, the glitterati evaporating and pulsating, jostling to the song in their brains, the thrust of Mercato and the dizzy expressions that four or five bellinis will do. You think to stop, but the song sliding up your backside is rigid and to be frank there’s no turning back, if only you could see the look in your eye and you’d understand you found yourself afternoon nirvana.

Also a special thanks to Femi, Mercato’s resident manager for being so generous to us.