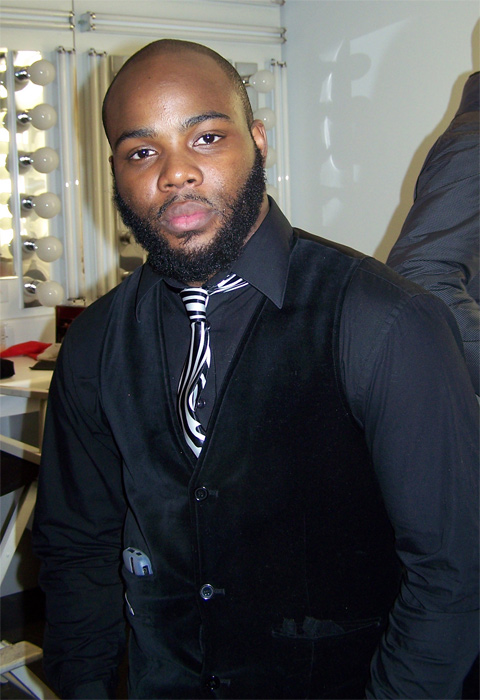 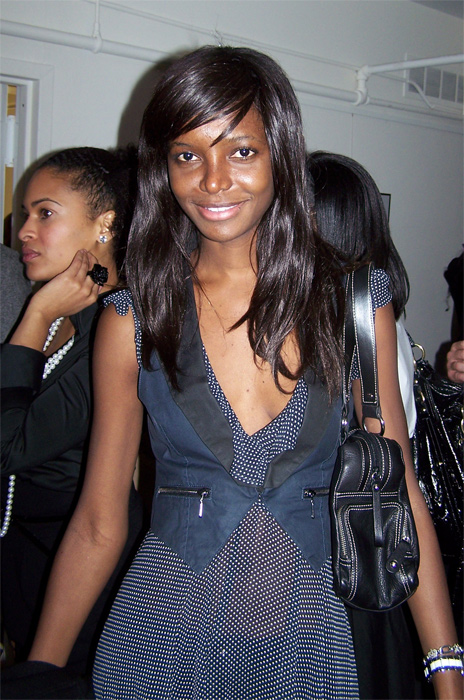 We here at Scallywag and Vagabond have always been impressed with spunk and bravado…and dare we say sordid acts of misbehavior. Coming along to Tyson Perez’s Christmas bash the other night at DEX, certainly gave us a chance to take a look at the maverick (yes that word again…) who after only being set up as a fashion shop for less than a year is in our opinion is way on his way to finally challenging the notion that only super size 2 models and up to your eye ball cheek bones will do. Charm and deconstructive abandon aside we took the time to discover why fashion no longer works and what you can do about it, or rather what Mr. Perez has already done about it…

It’s wet and windy, and the snowflakes are tearing at my soul but I know I’m getting closer as I can spot the group of dandies gathering outside DEX, the fashion and make up studios on West 30th st where tonight up and coming fashion magazine- unvogue.com with a refreshing and unique bent are here to celebrate their first Christmas bash.

When it comes to fashion we’ve been slowly getting exposed to the idea that only super glamour can work, super wonder and utter stardom is what you got. Well what you’ve got when you’ve got buckets of cash and an ego to boot. But if one takes a sobering look at our current times one has to begin to acknowledge as much as fantasy and fashion have always lived together and seem to precede each other ultimately what one has to remember fashion is ultimately an expression of our collective sensibilities and the way we express ourselves to each other. What it has become unfortunately is a vain exercise in monstrosity, un tempered ego and hissy fits that until now made Madame Anna Wintour le diva but as far as we are concerned (and her bosses too it seems over there in Europe…) a wasted exercise in creativity and the ethos that allows beguiling designers to finally make and have their say.

Finally being introduced to Mr.Perez (who until before reacting to what was going on at Bryant Park spent many years working as a fashion stylist for the fashion glitterati ) I proceed to ask him a bevy of questions which he took with wonderful stride.

SCV: What’s going on in the fashion world?

Perez; We are going back to reality.

SCV: Which suggests it was all make up all along?

Perez: Not so much make up, but distorted. Reality had been distorted. We’d been living through illusions.

Perez: The whole country has. I mean this is payback time right now, but frankly I’m very happy.

SCV: Would that make you the only one?

Perez: Well in the sense we are now starting to wash off the excesses that until now had been tainting perceptions and better judgements.

Perez: Well this is America.

Perez: We like to present a sensibility and an idea that is more in realistic keeping with people’s day to day living.

SCV: But isn’t that we’re all trying to escape when we’re going through glossy fashion magazines.

Perez: Escaping can also mean accepting oneself and embracing the positive.

SCV: But isn’t it human nature to want to be what we’re not? To be more illustrious, glamorous and fabulous.

Perez: Certain media will present it that way, others wont.

SCV: I see. And how are you presenting it?

Perez: We’re more interested in what’s more real, accessible, there in front of us instead deep in the galaxies. I don’t think one can do much with false realities.

SCV: Well we do prefer them don’t we?

Perez: I’m not so sure. I think there’s a real interest in embracing local talent, designers, diversity, equanimity and the idea that it’s great to be yourself.

(as an aside, I later went home that evening and was quite impressed to see that Mr.Perez latest issue very tastefully celebrated plus size models and the bold existentialist line….)

SCV: Is that because people have finally started to notice the world around them caving in.

Perez: Also because in times like these one is forced to address the excesses and draw strength from within. We believe it’s better to be smart, to be a little more independent and to know that one can look great without having to spend lots and lots of money on top of the shelf luxury items.

SCV: What can we expect going forward.

Perez: Celebration of the individual and lots of creativity. And a back to basics and familiarial.

SCV: Yours I hope.

And from there it was a quick tour of the patrons who we’re very much enjoying themselves (who were those people with fangs smiling for the camera ?) a very smart secure elegant crowd and a quick exit back to the callous snow where another story waited for this Scallywag. 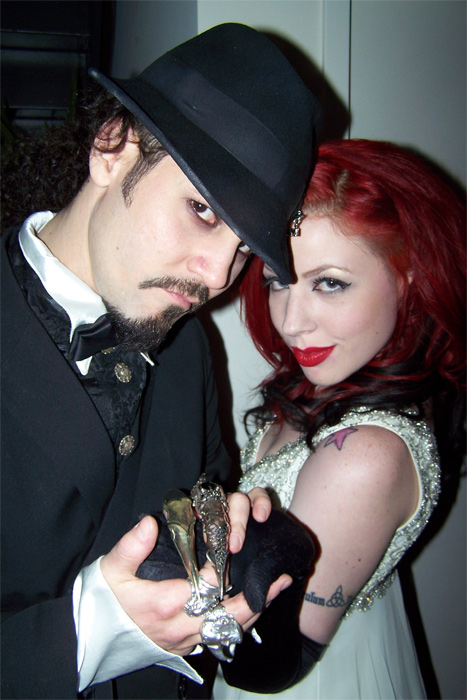 Yes, the human condition is an interesting one, but let’s hope the media and the fashion houses championing our collective sensibilities will finally recognize our innate being as opposed to trying to trivialize it with gross distortions and price tags.