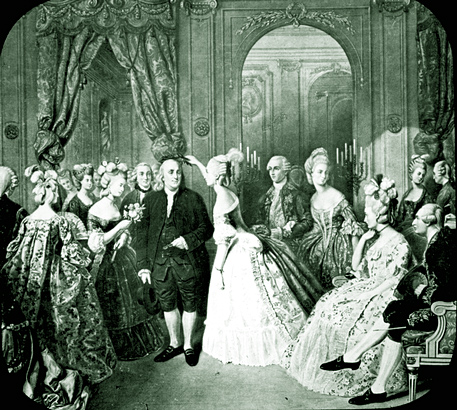 We’ve all been to them, lavish house parties where the guests begin to resemble the liquor bottles that they’ve been imbibing since early evening, where toilet bowls no longer flush, the birthday cake unfortunately falling off the ledge just as the patron came to blow the candles out, the silver ware and cocktail glasses no longer accountable for, the coming and going of gate crashers barely believable, the furious knocking of disgruntled neighbors, the ‘Ipod’ that kept spinning in place, the police crew that finally turned up, and the couple who earlier this evening had been making out in front of the designer patio now full of vitriol, hate and scorn.

That said, you still for some reason or another (you’ll later wonder) hung out, oblivious to impending doom and greedily latching onto your olive martini, having forever given up on the misplaced shearing coat and not overtly concerned about the splotch of chocolate birthday cake on your lapel, and maybe getting increasingly edgy as the police crew make their way to your side of the bar. After all you think, you’ll have one hell of a story back at the office the weekend over.

You’ll later find out, your coworkers and friends also coincidentally had their own disastrous tea party or pub crawl, or whatever public forum they subscribe to. They’ll tell you how they too were forced to deal with some interloper, his lack of protocol, his effrontery and mismatched wardrobe, the designer dress that ripped at their seam, and the hostess who despite herself kept winking at your fiancé even if you had made it politely clear by nonchalantly extending your diamond finger in her jowls.

Oh well, you’ll say, that’s for other folks, better to take my losses and leave the uber patron ‘Jay Gatsby’s’ abode, resign to another early evening, a lousy hang over tomorrow morning and a tv story extolling the decline of modern day virtue and disbelief that the nation is starting to resemble that part of the world our collective parents warned us we’d end up in if we weren’t vigilant.

It’s a surreal vision, vicious even, but as we imbibe on our liquor and irresolute ideology that one must be free to come and go unfettered, pile up on imported frommage, credit swap galore, colonize some more, hire and fire, disbelieve pundits that tell us that’s all, there’s nothing left in the store, one begins to notice that the weird pangs in the sides of our stomachs can no longer be ignored, even if would prefer to.

You’ll take your required medicine, ignore the bill when it comes, and wonder for half a minute if all those grumpy editors are right to suggest that Xanax is here to stay, and that as long as the law of averages (a safe assumption to make in a make believe world called your life) are on your side then everything will eventually work out. So you’ll work harder, buy every dip (market dip that is…) and type of frommage you can get your hands on and convince yourself you’ve finally worked it out.

Worked it out until you suddenly realize your dress refuses to zip, that your retirement fund is beginning to drip, you beginning to hiccup, and the chocolate stain on your dress can’t be cleaned up.

Of course we’ll rightly ask for the bellboy or who else is suppose to wipe away the blood, tears and spilt booze away. Ask but be made to forever wait, while that awful woman with the jowls tries ever so cunningly to slip her number to your mate.

The messenger boy will be sent for, but remember, Jay Gatsby hasn’t been seen ever since he dropped his birthday cake, but thank god his cousin ‘Sarah,’ from the wilderness is still hanging on because she’s got a solution. If only she could remember which line goes to which guests inquiry.

“I hear you bake a mean chocolate cake.”
“Well, if you must know I don’t intend to answer that question.”

I’m only willing to talk about black tea pots and how a ‘no bridge to nowhere’ can sometimes be a bridge to somewhere and y’all getting some balls!”

You shake your head wondering if you’re the only one in the room who is confused.

“What about those neighbors across the street with strange sounding middle names. We shouldn’t allow them to accumulate sling shots?”

“Sling shots, zombie shots, y’all need to get to the bar dog gone it!”

You suddenly realize this party isn’t for you and it’s time to leave. Of course you don’t mean to offend, they’ve just sent out a search party looking for the host, and after all you were only a guest of a guest, even if that guest was Paris Hilton or a Lindsay Lohan look alike.

So there you are rightly fed up, robbed of what you thought was going to be one heck of a party. After all you did buy yourself a new wardrobe (on credit of course, but that’s nobody’s business), completed your hundred thousand dollar ivy degree, filed your taxes acomplait, returned your invitation slip correctly and even gave up your child hood dreams of becoming a vegetarian and Nobel peace laureate to become a master (and slave) of the universe.

“Oh well,” you’ll rationalize “life isn’t perfect and I might as well have one more shot before the long drive home.”

So there you are nestled six foot deep in a football scrum in front of the bar, inches away from your desired effect but really miles away from the head bartender whose signaled a rush on ‘liquidity.’ Like any good drunk, or wannabe drunk you know you’re not going to make it through the night unless you get your drink (or whatever fix you’re willing to admit to…). The only thing to do is to be firm and push like crazy against the other guests for that one remaining tequila bottle.

Feigning half smiles at the guy with the Hermes tie and his contingent of gnarly runts (seasoned drinkers probably), half inclined to introduce yourself but wondering (probably just like them) if you can really trust them to hold your place in line now that you suddenly have to use the bath room.

Knowing it would be lunacy to lose your place in the scrum you remain put, longingly eyeing the canapés (tuna tartar it seems…) coming your way you wearily watch the police crew erecting barriers between you and the ‘have nots,’ the green light bouncing off the Hudson a movie visage shot worthy of Fellini. The girl twitching to your left concerned that she is no longer appropriately skinny, the Madame to your right perturbed that her Chihuahua is getting dizzy.

Then just like that you hear that the ‘Footsie’ and the ‘Nikkei’ has been sent to a tizzy. The scrum around you getting fiery because there is only half a bottle of tequila left for the queasy.

It’s now that the P.R. team comes out (with head phones and ear pieces pristine).

“Not to fear, Jay has sent for some more booze.”
“But we can barely hold on.” You hear the pack scream.
“Don’t you worry about that, we’re already on the phone with some liquor store in Shanghai.”
“But that’s not going to be enough.” The pack retorts.
“Well we’re also talking to Saudi Arabia too.’
“Hooray,” the pack bellows.

But something’s gone terribly wrong, for as soon as the p.r team moves on the scrum for some inexplicable reason begins to get tighter, and rowdier.

“Just buy the dips,” The Hermes tie says. A moment later;
“What do you mean I no longer have credit?!’
Half the scrum turns round, shouting into their cell phones.
“Can all the buy orders. Sell everything. Sell!”

The sole canapé coming your way now falls to the ground the minute it is being presented to you, when suddenly you hear a loud bang.

“My god,” the scrum bellows. “What was that? A gun shot?! Here on the upper east side of the universe?!”

The lights suddenly go out, the lone bottle of tequila knocked onto the floor, the P.R. team suddenly no longer so pristine.

So there you are running for your life in the biggest thunder storm of the year, your designer dress and suit (Issey Miyake for the men, Chloe for the women) wrenched, gutted and metaphorically resembling the insides of your gizzards. Nevertheless you’re happy to have survived, happy to not have been one of the savages clobbered by the worse car pile in the last seventy nine years, despite all the deregulation of super highways, truck drivers, celebrities and celebrity look a likes.

Happy to finally be twenty feet away within your doorman building, even if the doorman long ceased working there (such are the inconveniences of life….), you kiss the lobby untold times(even if the letter in your mail box is hinting in no uncertain terms that you may be asked to give up your utopia for lack of funding…another inconvenience). Short of breath you now scrummage to retrieve the secret stash of booze you keep under the bed. Gulping and relishing you finally sit down to turn on the TV set, only to find out that your venerable host, ‘Jay,’ inadvertently drowned this afternoon (even if P.R. had insisted all afternoon he was just taking a siesta, at a later date a conspiracy theory will surface). Saddened you start channel surfing, only to find the eponymous ‘Sarah,’ holding her teacup and remonstrating;

“He died for our sins. And the lord only asks you to do one thing.”
Raising her brand of tea.
“Chug, baby, chug.”

Disgusted, you turn off the TV and rest your head against the window and wonder about all the third world kids drowning and snacking on pomme frittes and vegetable samosas. What is happening you ask your self, how did this all come to be, what am I suppose to think now, what am I suppose to believe now, what was it that I believed in the first place?

Suddenly the door bell rings, and you think best not to answer it, better to keep drinking, knock that champagne down, but the knocking only gets louder, they couldn’t possibly have the audacity to kick me out now? Un perturbed you continue to let the knocking continue, dig yourself deeper into your love sofa and start reflecting about all those mavericks you used to believe in growing up, Mickey mouse, Super man, OJ Simpson and even Gomer Pyle. What happened to all your heroes? What happened about you becoming a hero? A Nobel laureate?

So there you are finally falling sleep, the door still knocking, hoping you will wake up tomorrow to find it was all just a horrible inconvenient nightmare (as opposed to truth), the image in your mind of a piece of chocolate cake floating endlessly through space getting bigger and bigger.