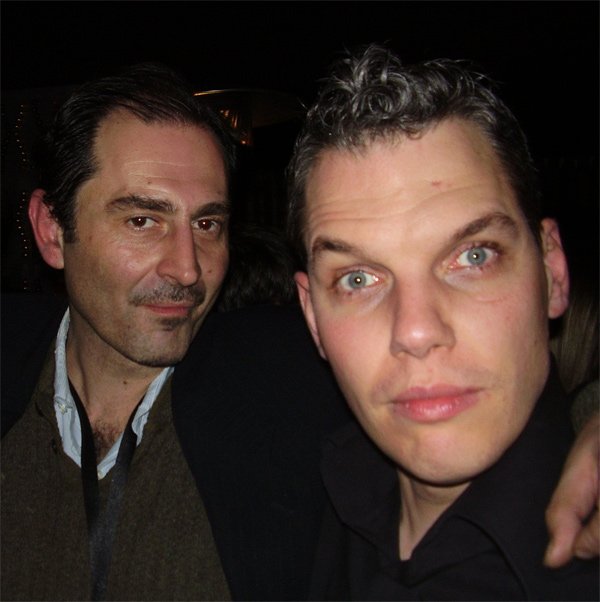 Whilst at the recent ‘Hamptons Film Festival’ this scallywag had the good fortune to sit down and talk with the director of the UK premiere short; “How I learned to love Richard Gere,” Detsky Graffam. Written by and starring his equally affable partner Michael Spicer. As I sat down with them I learned trying to make it as an actor, a star (as the character of the short tries to do) often comes with sacrifices and sometimes unintended results…….

SCV; What inspired this film?

Michael; The allure of making it and the reality that we don’t always make it.

Detsky; If one is willing to go to the other side.

SCV; You mean sell out?

Detsky; More like figure out the guise that will help you get there.

Michael; At the cost of your integrity …..at least in the short run.

SCV; As opposed to the long run?

Detsky; Well, it all depends how much you want something and what you’re prepared to do to get there.

SCV; How prepared were you to get there?

Detsky; I moved to Berlin, away from London.

Michael; Or at the very least reinterpreting them.

SCV; As long as one is lucky enough to do it before they break you down.

Michael; You have to be inspired, committed, learn to laugh a little.

SCV; Which means laughing a little at yourself once in a while too, like your character in the film.

Detsky; That or fight off the tears.

SCV; Is the allure of fame and stardom really worth it?

Michael; In my character’s case it was.

Detsky; Yes but it also became a burden.

SCV; Talking of which. How are you handling yours?

Detsky; Like an Englishman, with a stiff upper lip.

SCV; Even if you are half German. And in your case Michael?

Michael: As you can see with all the sparkling attention and gin tonics ‘quite well.’

SCV; Talking of which you got another smoke?

Michael; At least another packet.

SCV; So what happens now?

Detsky; We go on to the next project, a full length feature film.

SCV; That’s right. You took first place at the short film awards at “Cobravision Awards” in London for a short called ‘Peace of Mind,’ and second place for Berlin 7 – ‘Going Underground,’ in 2008.

Michael; You need a light?

SCV; One that you’ll nevertheless both engender in your pursuits for fame and stardom.

Michael; And a little sense of the diabolical.