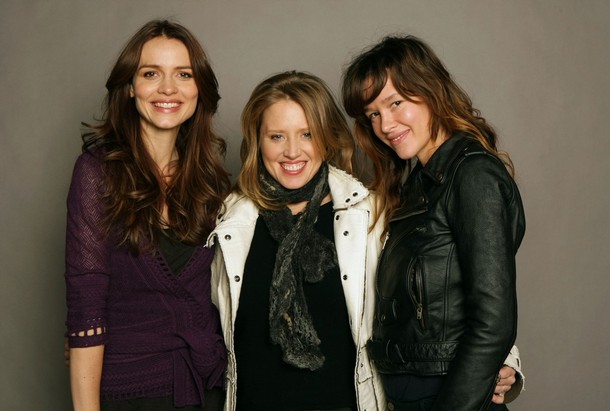 I recently caught up with Miss Amy Redford pursuant to her showing of her directorial debut “Guitar,” at the Hamptons film festival (the film’s American premiere was held at Sundance– the NY launch at the East Village’s Sunshine cinema this past weekend) to pose her a series of questions in her efforts to resurrect a woman’s journey (and one suspects her very own) in the face of impending mortality. What follows is a lively discourse on civility, the roles women play in film and the roles we sometimes don’t play until it’s almost too late.

SCV; How did you get involved in this project?

Redford; I was initially asked to play the lead, but at the time I decided that in fact I would prefer to direct as opposed to star in the film.

SCV; Would you agree that your decision to direct the film in some way parallels the lead character- ‘Melody’s’ desire to re reclaim her childhood desire to play the guitar?

Redford; Yes, I think so. It seemed very appropriate that with this film I began my directorial debut.

SCV; What’s the film about and how does this reflect the sensibilities of our society?

Redford; I think on one level it’s about mortality, but really it’s ultimately about freedom.

SCV; Freedom in the face of death?

Redford; I think we so often take for granted how we should be for ourselves, for others, for the world. It’s usually not until your hand is forced that you are really empowered to find out what you want in life, who you need to be for you as opposed to what society tells you is sexy or whatever.

SCV; How does this correlate to the roles offered to female actors today?

Redford; I think it’s important we move away from stereotypes and the enforcement of those stereotypes. The thing with independent film is that the ‘woman’ doesn’t have to be a damsel in distress waiting for her shining white armor to save her.

SCV; In other words she can now save herself.

Redford; She can now define herself, explore her mind, her strengths, her vulnerabilities, her conflicts within her own confines as opposed to a male construct.

SCV; How does this inform your projects going forward?

Redford; I’m in discussions to start shooting a movie called “Face Value,” about the 1940’s  Austrian born film actress Hedy Lamarr. It’s about a woman who is forced to choose living life as a type of movie screen beauty pageant as opposed to the mathematical genius inventor that she actually was.

SCV; Have women finally empowered themselves to step out of their medium and be who they can really be.

Redford; I hope the tide has changed.

SCV; Finally what makes you a scallywag?

Redford; (laughing out loud) I didn’t know that word existed anymore.. …(collecting her thoughts) I tell you what makes me a scallywag. Inconsistency.

SCV; Can you please elaborate?

Redford; If there’s anything I fear, it’s being predictable. After all we are full of contradictions. And it’s true, I’m not above breaking and stealing.

SCV; As long as you keep doing it in the cinema. Thank you Amy.