Michigan police are investigating the shooting death of a security guard at a Flint Family Dollar store outlet following a dispute about a customer not wearing a face mask amid the ongoing coronavirus pandemic.

Police declined to release a motive, while social media indicated Munerlyn was gunned down after confronting a customer for violating store policy by not wearing a mask, and turning the individual away.

Noted a post: ‘…asked a woman to put on a mask before she could come in. She spit in his face, then came back later with her dad and shot the security guard in the head near doorway of the store before running.’ 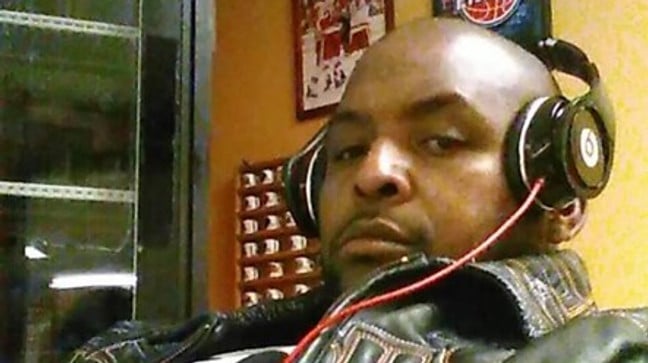 Relatives of Munerlyn expressed anguish over the man’s shooting death.

‘I’m just suffocating, I feel like a knife is in my chest,’ his wife of ten years, Latryna Sims Munerlyn, told WSMH.

‘He always done security, he’s done security in night clubs in the worst of the worst nightclubs and nobody still ever just thought to do my baby like that (sobs),’ Latryna stated.

Adding, ‘This just can’t be real..my babies need their daddy.’

The couple had six children together.

According to Latryna, her husband had worked as a security guard at Family Dollar on 5th Avenue in Flint for just over a year.

‘He would have given you the shirt off his back, the food off his table,’ Cabine said. ‘He was the life of the party.’

Bernadett Munerlyn called her son ‘a beautiful person and he loved his family and his mama so much and his wife.’

‘I just want to see justice done for my baby. They didn’t have to take my baby and it wasn’t that serious. All you people just have to do is listen to the law, listen to the governor,’ the victim’s mother exclaimed. ‘Just stay home. If you don’t have to come out, then you wouldn’t need a mask unless you’re out getting groceries or necessities. All my baby was doing was his job working and doing his job.’

Friends of the family have also created a GoFundMe page to help the family pay for funeral expenses.

Not immediately clear was the identity of the shooter, and whether they were in custody and what charges they faced.

Anyone with information about the fatal shooting may contact the Flint Police Department at 810-237-6800 or report a tip anonymously to Crime Stoppers of Flint & Genesee County at 1-800-422-5245, use the P3TIPS mobile app, or visit CrimeStoppersofFlint.com.