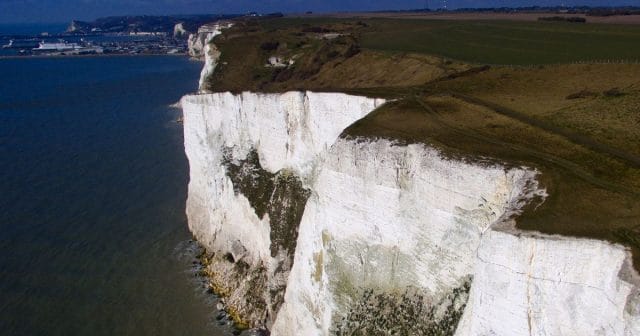 Muriel and Bernard Burgess deaths are ruled an open conclusion as an inquest says it couldn’t be validated whether they died intentionally or by accident.

How could it be? An inquest has heard that the bodies found at the bottom of the White Cliffs of Dover on New Year’s Day were that of twins, Muriel and Bernard Burgess of Elton in Chester.

The 59 year old brother and sister’s deaths came while they were scattering their parents ashes at the top of the gorge at Langdon Cliffs, when they plunged 200 feet to their deaths below.

According to the UK’s sun, brother and sister, had been struggling to come to terms with their parents’ deaths when their bodies were discovered.

The ‘accidental’ discovery of the twin’s bodies’ came whilst rescue teams had been searching at the base for missing Gulf veteran, Scott Enion, 45 who had been observed earlier that day jumping off the peak. The man’s body was also found nearby.

The inquest told of a backpack being recovered near the twins’ bodies containing the ashes with their mum’s name. A second bag was carrying their dad’s ashes.

The court in Maidstone, Kent, heard how the twins were recluses who lived together in a trailer with no children.

Their dad, also called Bernard, died in 1984 and their mom, Muriel, passed away 30 years later.

The inquest heard how the ‘devastated twins’ had visited their doctor in September last year amid reports of having ‘low mood’ since their mother’s death.

Both were unemployed, struggled financially and sold the family home in north Wales to buy a trailer together at Orchard Park in the village of Elton, Cheshire.

For three months last year, the brother and sister disappeared and owed rent, according to the trailer park manager.

On Christmas Day, police were called to the pair on the Dover clifftop after Bernard was spotted by a concerned passer-by sheltering by a large rock.

His sister told officers they had traveled to Dover to do some walking over the Christmas period, and the officer reported no concern for them.

Detective Sgt. Stuart Ward said there was ‘no indication’ they came to scatter their parents’ ashes.

Recording an open conclusion for both twins, Senior Coroner Patricia Harding said she couldn’t be sure they had intended to take their own lives. Or if they had accidentally fallen to their deaths?

“It is clear from the evidence that they were both of the view that they could be assisted by counseling. Muriel and Bernard were reclusive and would keep themselves to themselves and disappear and go for walks within the UK.”

Adding: ‘The evidence doesn’t disclose to the required standard of proof whether there was an intention by them to take their own lives or was indeed simply a tragic accident.’

Of note an inquest for that of recovered man, Enion heard that the gulf veteran had died the result of a suicide after CCTV footage captured a figure jumping from the cliffs.