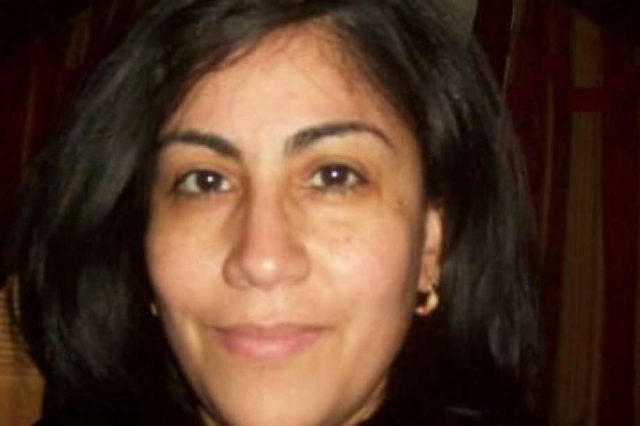 Antonio Bargallo faces murder charges after dousing his wife with gasoline and setting her on fire and killing her. Previous history of violence cited.

Antonio Bargallo a 69 year old upstate NY man is facing second degree murder charges after dousing his wife with gasoline and setting her on fire during an argument and then proceeding to light the family home.

Notice of the deadly assault came after a neighbor head the wife screaming with the Schenectady Police Department responding to a two alarm fire circa 6am Saturday morning.

Awoken by the wife’s screaming, next door neighbor, Claire Morales rushed outside and attempted to put out flames using a blanket.

Despite the wife being airlifted to Westchester Medical Center, Elizabeth Gonzales died from her injuries Sunday morning.

Speaking to WRGB, Morales described the experience of watching Gonzales with her head and arms engulfed in flames akin to that of a horror film scene.

‘It’s not something I would want anybody to see.’

The fire damaged the family’s 100-year-old home and also killed their dog, Angel, according to Morales, who has known the married couple for about a decade.

Following the blaze, Bargallo walked over to a nearby police station and turned himself in.

He was initially arrested on counts of attempted murder, first-degree assault and fourth-degree arson.

In the wake of Gonzales’ death, Bargallo is expected to have the attempted murder charge upgraded to second-degree murder.

Court records show Bargallo being arrested in 1999 for possession of a handgun in Hamilton Hill. He failed to return to court, and the case wasn’t concluded until 2005 when Bargallo pleaded guilty to a weapons count and received time served.

A report via the Albany Times Union told of the murdered woman having two grown sons and working as a teacher’s aide in the Schenectady city school district for over 20 years.

The sons lived with their mother and step father but weren’t home at the time of the deadly assault.

Neighbors also told of Gonzales often tending to her garden and handing out fruit from the trees in her yard to local children.

Morales, the neighbor who tried to save Gonzales, has since launched a GoFundMe campaign to  help the family with her funeral expenses.

Offered the distraught neighbor, ‘My heart is broken. I really tried to save her – I really did’.

Not necessarily understood is if there had been previous instances of domestic assault and violence at the family home and what measures had been taken, if any?