What led to Sheetal Ranot a Queens stepmother savagely beating and starving her step daughter and why did it take 2 years before action was taken?

Sheetal Ranot a 35 year old Ozone Park, Queens step mother has been sentenced to 15 years jail after starving her 12 year old stepdaughter, Maya, until she only weighed just 58 pounds.

The sentencing comes after Ranot was found guilty in July of mercilessly beating the girl over a two year period starting in 2012.

Along with beating the girl with broom handles and a rolling pin, the court heard how Sheetal Ranot locked the teen in her bedroom without food for long periods.

On one occasion, according to a report via the nydailynews, Ranot beat the girl so badly with a broken metal broom handle that her wrist was sliced to the bone, leaving her in hospital for weeks.

Another occasion involved the Queens step mother kicking the girl in the face while another documented instance included Ranot slamming the child in the face with a rolling pin.

Told Queens District Attorney Richard Brown: ‘The defendant was the epitome of an evil stepmother,’

‘Not only did she refuse to provide basic nourishment for the child, but the defendant also wantonly beat and abused the girl inflicting pain still evident by the scars that mark her body today.’

After Ranot hit the girl with the broom handle on May 6, 2014, paramedics arrived at the house and found her lying in a pool of blood with the tendons of her left wrist exposed.

She was taken to Elmhurst Hospital Center, where she underwent surgery on her wrist and one knee. Her body was covered with older bruises, marks and scars.

During testimony, Brown told of Maya holding off on reporting the abuse because she was afraid her step-siblings would end up in foster care.

Rajesh Ranot, the victim’s biological father, is still facing trial on charges of assault, unlawful imprisonment and endangering the welfare of a child.

Not necessarily understood is what led to the onslaught of violence and turmoil against the girl and why for that matter the child’s father abetted his wife’s actions?

Previous reports also told of the Department of Investigation saying that the Administration for Children’s Services had failed to act on four previous abuse claims, starting with a school staffer’s report that a girl had complained about being hit.

It was only after the victim was hospitalized with a broken wrist to the bone that officials sought to remove the girl from the family home. Why it took nearly two years before any action was taken to alleviate the girl’s terror remains the subject of ongoing investigations….

The victim is now living with her biological mother, with some wondering what precluded the mother from not seeking to take the child away from her husband, Rajesh much earlier …?

The child’s biological father is scheduled to appear on court on Sept. 12. 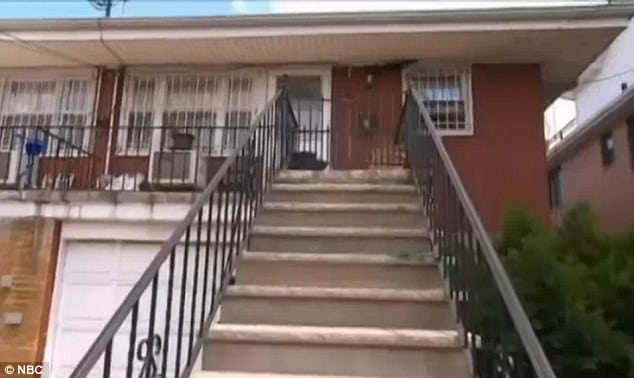