Zorro Lax shooting scare: How an auditioning actor managed to shut down an entire airport and become the face of America’s deep inertia and neurosis.

He may have been auditioning for the part of Zorro but one actor has managed to win out the lifetime role of becoming a national bogeyman after disconcerted passengers believed the auditioning actor to have been responsible for a purported LAX shooting scare.

The collective madness which some would argue is simply a sign of a society unhinged and perennially on edge came to the fore after false reports of shots being fired Sunday night.

But as cops raced towards who they believed to be the responsible assailant (time to take your popcorn out kids…) with guns drawn on a solitary figure sitting outside Terminal 7 it finally dawned on them that perhaps they had it all wrong.

Sitting there, wondering if he had just scored himself the role of Zorro in an upcoming Hollywood mega blockbuster (no doubt) was an unrevealed actor looking for his big break.

As cops surrounded the villain, guns drawn, they demanded Zorro (as he appeared to them) get on the ground as the anti hero protested he was simply on the phone calling for transportation.

‘It’s a plastic sword,’ exclaimed one of the cops after discovering the sword by Zorro’s side was not the lethal weapon it was claimed to be.

Cut on cue, look into the camera, slight pause, responded Zorro:  ‘What happened was that somebody called and said there’s a man in dark clothing out here and they got scared I guess. I don’t know.’

As it turned out, Zorro our collective masked anti villain wasn’t even aware that he had singlehandedly managed to shut down an entire audience with the sheer aplomb of simply walking about in his masked costume.

Yes kids, if Zorro can walk around the airports dressed like a villain surely you can too?

Upon realizing that it was all just a false alarm, the LAPD released a statement explaining how unhinged passengers came to suddenly believe that super villains (amongst terrorists) were amidst them and up to no ‘dam good!’

Told the LAPD: ‘Believing the subject was armed with a sword, several Airport Police officers approached him with weapons drawn out of an abundance of caution,”

Subsequent revelations told of our collective anti hero, Zorro later being released (to audition for another blockbuster role no doubt ….) with authorities declining to release the actor’s name. 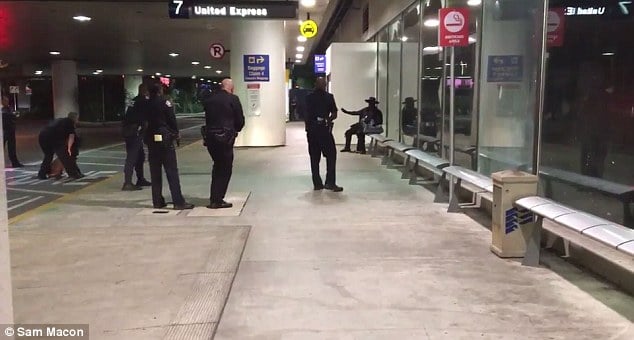 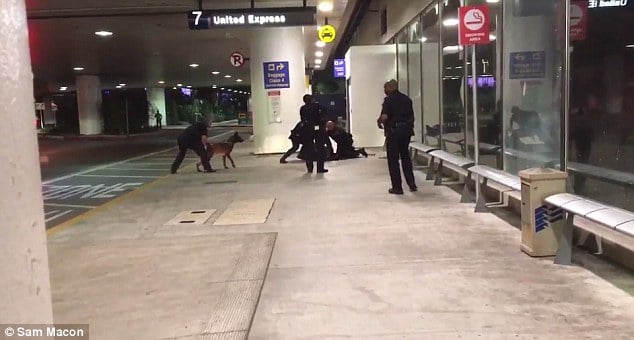