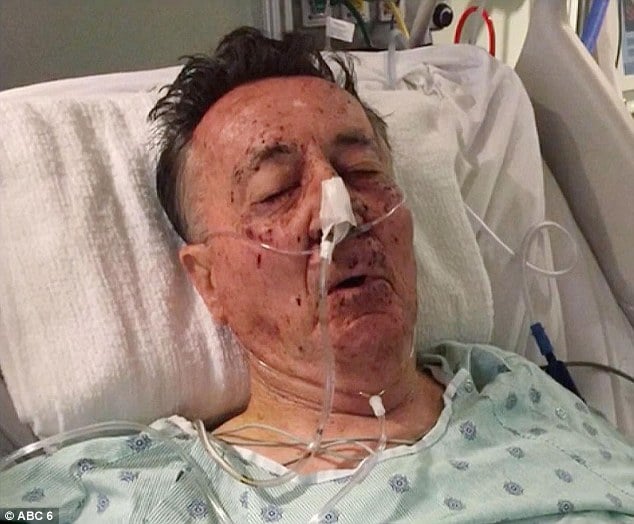 Gerald Sykes nightmare began after state police responded to a 911 call with troopers forcing their way into the man and his 80 year old wife’s living room and shooting him.

At the time emergency dispatchers had received a 911 call circa Friday evening at 11.30pm from a location in Cumberland County. Despite the caller hanging up and not giving the location, two uniformed state troopers responded to what they believed to be a pressing emergency.

Protocol demands police to follow up hang up calls according to a report via nj.com. Upper Deerfield does not have its own police force and relies on State Police to patrol the township.

It wasn’t until after an ensuing gunfire between Sykes and the troopers that police realized that the emergency call hadn’t come from what they believed to be Centurion Rd.

Upon arriving at the home, troopers shined flashlights at the rear of the home, setting off Sykes’ dogs with the 76 year old pensioner in turn firing a single round from a shotgun thinking he was facing intruders.

Returning gunfire, one of the troopers fired off four rounds, hitting Gerald Sykes.

I woke up to see the stories of #GeraldSykes&2 shootings in #Austin please, #HillaryClinton help stop #gunviolence/#demilitarize police

While both state troopers incurred minor scrapes, the result of flying glass, Sykes ended up having to be rushed to hospital where he now remains in critical condition.

Responding to the incident, a state response team said: ‘The shooting occurred after the troopers approached a sliding glass door in the rear of the residence and knocked, shining flashlights into the home and announcing that they were responding to a 911 call,’

‘At the same time, there was an exchange of gunfire through the sliding glass door in which one of the troopers fired four rounds from his service 9mm handgun and GeraldSykes fired a single round from a shotgun. Mr. Sykes, who was struck by multiple rounds, retreated into the house.’

Although preliminary investigations indicated Sykes fired first, a family member insists it was one of the state troopers who in fact fired first.

Defending their actions police told that at the time of arrival having identified themselves as state troopers responding to an emergency.

Told Gerald Sykes’ step daughter, Diana Lefalce via Fox 29 News: ‘There were no lights going on, no sirens, no indications that they (police) had arrived, coming up from the back sliding doors. No telling what was going on.’

Authorities said the troopers first tried to get the attention of someone in the home which is located far back off the road by knocking on a front door and when there was no response, went around back to the deck area.

The case at present remains under investigation by the NJ Attorney General’s Office. 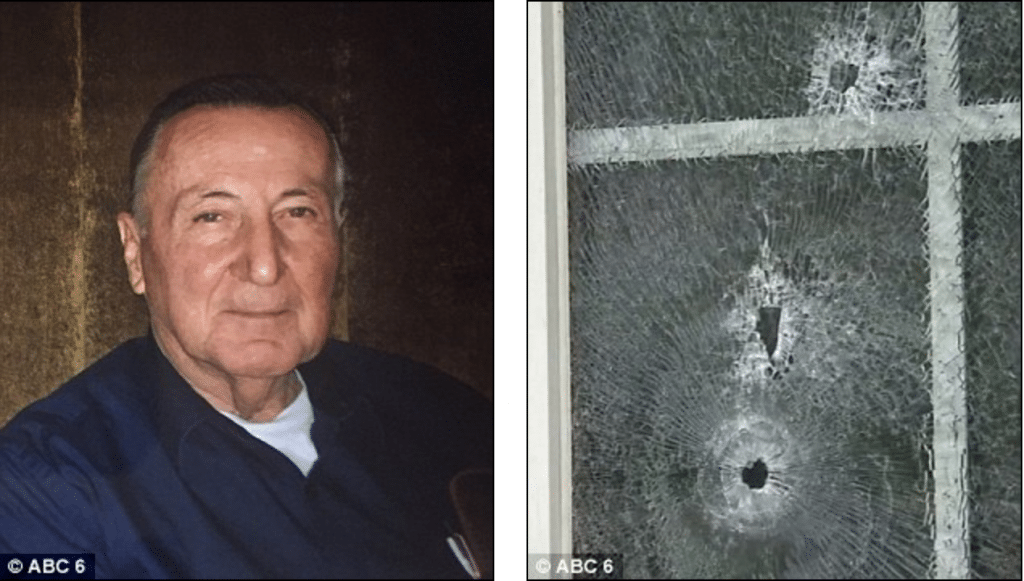